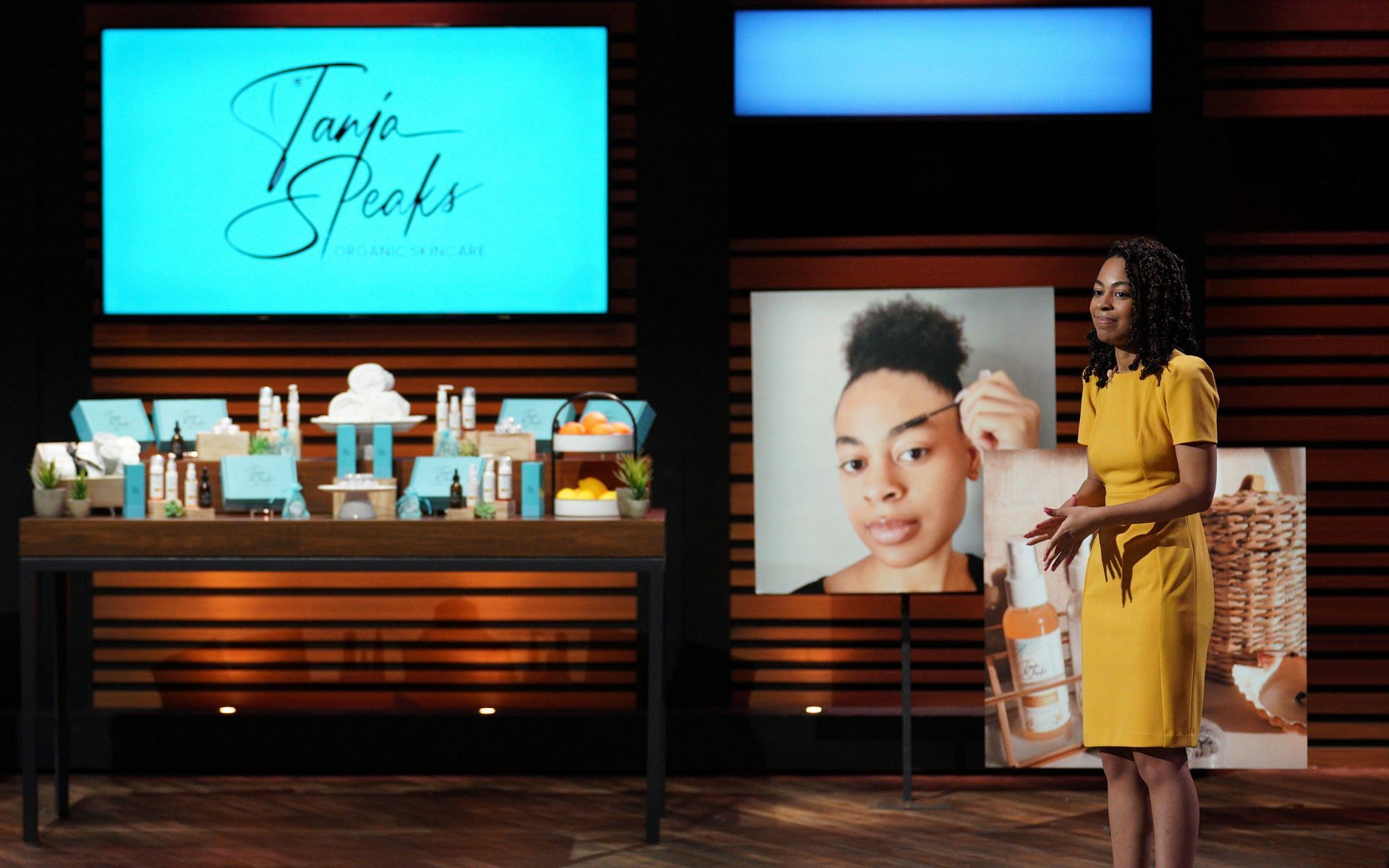 Mark Cuban and Kevin O’Leary, aka Mr. Wonderful, are usually the most rigid investors to impress on the show. However, Speaks did so with incredible ease to the point she had O’Leary captivated by her Black girl magic, Meaww reports.

Speaks presented her eponymous organic beauty line, Tania Speaks Organic Skincare, requesting $400,000 for a 10% equity in her brand. The genesis of her company was sparked by bullying the young businesswoman endured by her classmates at school for her bushy eyebrows. However, she flipped the emotional ordeal into developing an eyebrow gel that helped tame her unruly brows.

The budding entrepreneur turned her bullies into paying customers who purchased her beauty elixir. Eventually, the success of the gel caused Speaks to further her band by including a beard growth oil, cleanser, toners, moisturizers, to name a few.

Her backstory touched the Sharks, but they were highly impressed by her business acumen. She told them she made $1 million in sales last year and made $1.4 million in sales this year, netting $700,000. She revealed to the panel of investors that she manufactured her gel for $1.50 and sold it for $26, leaving Mr. Wonderful to predict that she will be a future Shark one day.

Cuban, who initially backed out of making a deal with Speaks because he thought other Sharks would be better suited for Speaks, jumped back into negotiations with her. He offered to invest in her company for $400,000 and a 20% stake with two contingencies that she would meet his two daughters so they could learn from her.

Speaks was flattered by Cuban’s offer and said she would be happy to meet his daughter. However, she did counter his offer with a 15% stake, for which he agreed and closed the deal.

“I couldn’t ask for a better outcome. Like, it was amazing. They even said I would sit there one day and be a Shark. Like, that’s the highest compliment I’ve ever had,” Speaks said as she tried to brush away tears of happiness from her eyes.

Shark Tank’ Season 13 airs every Friday at 8/7c on ABC. Episodes can also be viewed the next day
On Demand, Hulu. Past seasons are available on Amazon Prime Video and iTunes.