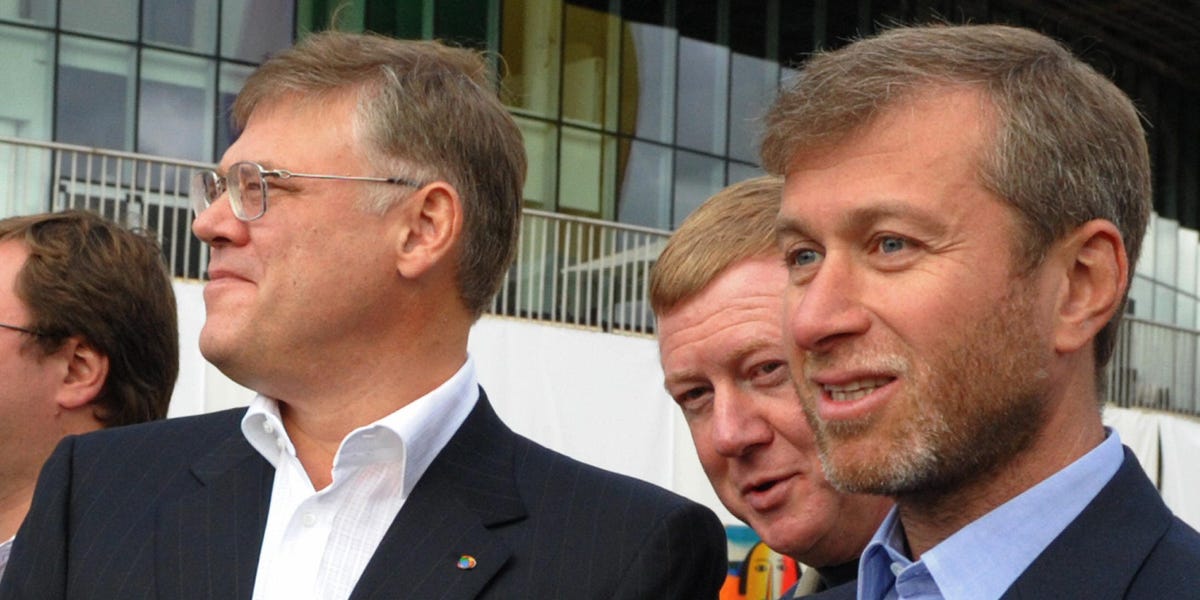 The portfolio of two of Roman Abramovich’s Russian business partners include investments in luxury resorts, churches, markets, and golf courses across the world, according to documents seen by The Guardian.

What the three businessmen have in common is owning shares in Russian steelmaker Evraz.

The Guardian reported that Alexander Abramov, Evraz’s cofounder, and Aleksandr Frolov, Evraz CEO, have a combined 29% stake in the company — of which Abramovich is the biggest shareholder, owning 28.6%.

Abramov and Frolov’s wealth has filtered into multiple investments, managed by investment firm Vollin Holdings Ltd which is based in the British Virgin Islands and also a tax haven, The Guardian reported.

One investment includes the development of the Caribbean island West Caicos into a luxury resort island, per the documents seen by The Guardian. Upmarket hotels, a marina village, a golf course, and docking spaces for superyachts were among the features included in the island’s plans, the documents said, according to the outlet.

The documents reportedly showed that another investment by the two men was the redevelopment of a church in central London into office space, but this was rejected.

Abramov and Frolov also injected money into a golf course community in Prague, Czech Republic, offering housing, a hotel, and a spa, according to the documents.

Additionally, the documents showed that pair have invested in a hotel in Mykonos, Greece, as well as office space across major UK cities and Shepherd’s Bush market in London.

Abramov and Frolov’s property investments in the UK total more than $130 million, according to the documents.

Abramov has an estimated net worth of $6.4 billion, while Frolov’s net worth is around $2.6 billion, according to Forbes.

Unlike Abramovich, the two billionaires haven’t been put on any sanctions lists over Russia’s invasion of Ukraine. In March, the UK government froze Abramovich’s assets in the country, barred him from visiting, and blocked citizens and companies from doing business with him.