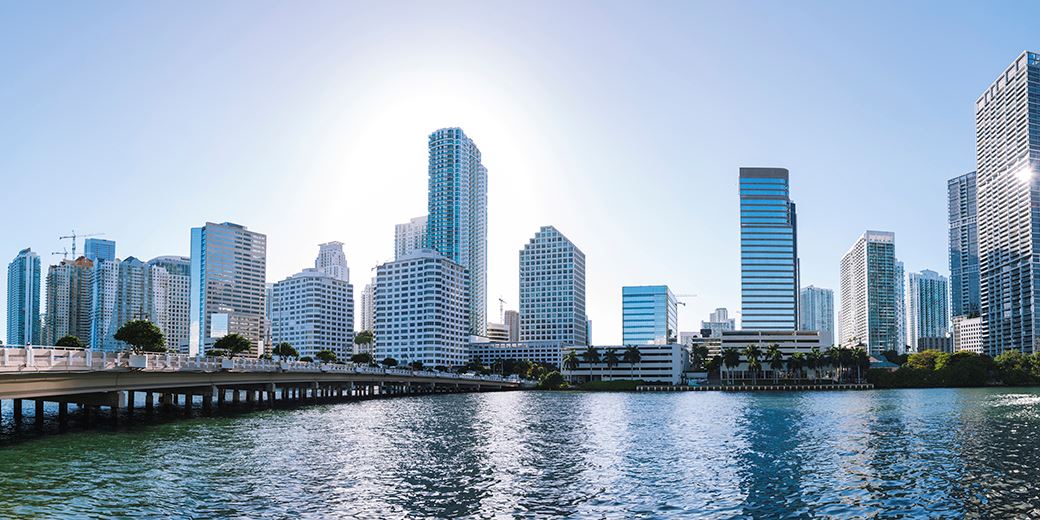 A former Miami-based Morgan Stanley advisor who was barred from the advisory industry earlier this year by the Financial Industry Regulatory Authority (Finra) has launched a financial consulting business on Brickell Avenue.

Finra barred Candido Viyella in April for declining to provide testimony for an investigation the industry watchdog was carrying out into his ownership in a Fort Lauderdale hotel.

The investigation began shortly after he was fired by Morgan Stanley in November 2020 over a $1.5m arbitration case involving his undisclosed stake in the Conrad Hotel that hadn’t been authorized by the firm.

Viyella, alongside his former colleague and family member Enrique Viyella, have now founded Earthview Capital, a Brickell Avenue-headquartered company which offers ‘corporate finance consulting,’ according to its website.

The firm was incorporated on June 25 in the state of Florida by Enrique Viyella, according to information on the state’s website of the Division of Corporations. Earthview Capital lists Candido as its chief executive officer.

According to the firm’s website, it offers a ‘360 degree view of your business needs, examining each element to uniquely advise on the most strategic solutions.’

Candido Viyella told Citywire Americas in a message through LinkedIn that his new venture was being run as a family business.

‘Ultimately, I saw this was my better value. My family has always been involved in different businesses,’ he wrote. ‘Members of my family have maintained an office for that purpose since before my differences with Morgan Stanley’s Florida management took place in November 2020. My family is known locally for our philanthropy and community service.

‘I had five branch managers in 11 years at Morgan Stanley and seven private wealth managers. Turnover in management was huge. A lot of the information you would provide them they would claim it had fallen through the cracks. You will find most in the community understand this and definitely non-competition-biased Morgan Stanley colleagues know this.’

On April 20, Viyella declined Finra’s request to provide testimony in the $1.5m arbitration case between him and Fundacion Nicor, a Panamanian real estate company that alleged Viyella had solicited its investment in the Fort Lauderdale-based Conrad Hotel despite him knowing the project was facing financial difficulties.

Fundacion Nicor’s owner Nicolas Corcione Perez Balladares claimed that in 2015, Viyella had sold his firm a $1m promissory note through CFLB Management, a company partly-owned by Viyella’s wife through a network of firms, according to related case filings.

Shortly after, Viyella then sold off 51% in the project after it ran into financial trouble, according to a court complaint filed by Fundacion Nicor. Balladares promptly sought restitution from Viyella and Morgan Stanley for his investment.

The wirehouse and Viyella countered Fundacion Nicor’s allegations in court but the case was kicked back to Finra.

David Weintraub, an attorney who represented Viyella in the case between him and his alleged former client said that the broker refused to testify in Finra’s investigation because he had made the decision to retire from the brokerage industry.

It is understood that the case is still under the purview of Finra.