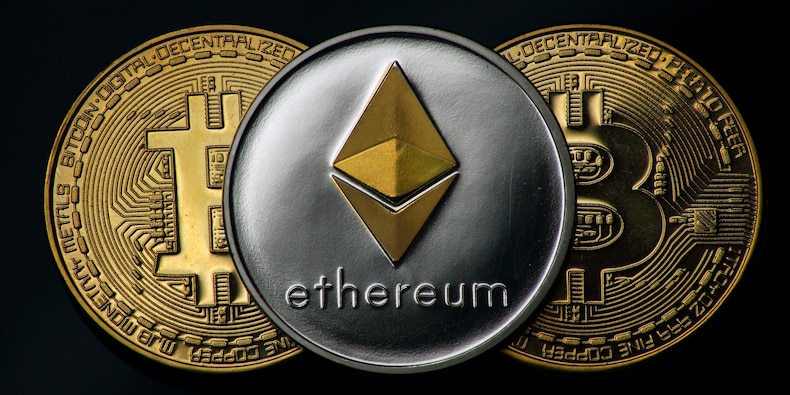 Bitcoin’s current 33% drawdown from its record high isn’t fazing Fundstrat, with the firm standing by its conviction that both bitcoin and ether will hit record highs before year-end.

In a Wednesday note, Fundstrat said potential catalysts are near that could help fuel a surge in the crypto space as long-term investors continue to hold on for dear life. Those catalysts include favorable seasonality for crypto in October, the potential approval of a bitcoin ETF by the SEC, and Ethereum’s highly anticipated network upgrades.

Bitcoin and ether would each need to surge 50% and 46% to eclipse their record highs of about $65,000 and $4,380, respectively. And Fundstrat thinks bitcoin can go even higher, with Tom Lee pointing to a $100,000 price target for the popular cryptocurrency earlier this year.

“Bears start to hibernate in the fall” when it comes to bitcoin, Fundstrat said, pointing to favorable historical data for bitcoin price returns in October.

“The larger point here is that it probably doesn’t matter how much capital flows into these futures-based ETFs so long as the spot market for bitcoin gets a boost from improved sentiment,” Fundstrat said.

Finally, ether should see improved sentiment among investors as it nears another highly anticipated network upgrade that would shift to a proof-of-stake model. “We expect there to be positive sentiments surrounding this milestone which may cause increased speculative buying,” Fundstrat said.

“We are steadfast in our view that any near-term selling is an opportunity to increase one’s position as we still anticipate a risk-on environment through the end of the year to yield a run at all-time highs for both Bitcoin and Ethereum,” Fundstrat concluded.