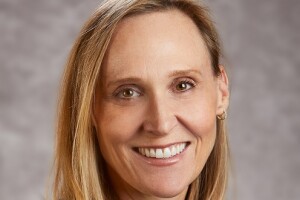 Blackstone is extending its affordable housing reach with the launch of a portfolio company and the hiring of industry veteran Alice Carr.

The firm announced the formation of April Housing to serve as a provider of solutions and capital for the creation and preservation of high-quality affordable housing throughout the United States. April Housing will oversee and preserve affordability of an initial portfolio of over 90,000 housing units recently acquired by Blackstone Real Estate Income Trust (BREIT).

The move comes after BREIT recently took over the interests in a huge affordable housing portfolio from American International Group (AIG). The firm recently closed on a $5.1 billion sale involving approximately 80,000 units across more than 650 assets nationwide.

April Housing’s commitment to preserving the affordability of this critical housing stock on a long-term basis is made possible by BREIT’s perpetual capital structure, announced the company. Rents at virtually all of the April Housing properties are set by government regulation through the low-income housing tax credit (LIHTC) program. The rent restrictions have, on average, 20 years of remaining term, and Blackstone intends to keep them affordable for the long term.

In conjunction with the creation of the new portfolio company, Blackstone has named Carr as CEO of April Housing, effective May 2. Carr, who brings more than 25 years of industry experience to the role, will be responsible for leading all aspects of April Housing’s strategy and operations, furthering Blackstone’s commitment to preserving and expanding the supply of affordable housing.

“The need for quality affordable housing has never been greater, and I’m honored to step into this role to identify innovative solutions and bring additional capital to the affordable housing crisis,” Carr said. “Blackstone’s unwavering dedication to this space is clear, and I am energized and excited by the opportunity to work alongside a truly best-in-class team to preserve and expand the affordable housing stock in the U.S.”

She joins April Housing from JPMorgan Chase, where she most recently served as head of community development banking and led a team that financed the construction and rehabilitation of affordable housing to both low-income families and seniors across the U.S. At Chase, Carr served as a member of the Inclusionary Leadership Forum for the Commercial Bank and was the executive sponsor of the Diversity, Equity, and Inclusion (DEI) Council for the Commercial Real Estate Business. She also served on the executive leadership committee for the firm’s Racial Equity Commitment. In addition, Carr serves on the board of directors for Enterprise Community Investment and Enterprise Community Loan Fund. She began her career at the Low Income Investment Fund, a nonprofit Community Development Financial Institution focused on affordable housing and small business lending.

Kathleen McCarthy, global co-head of Blackstone Real Estate, said “Alice’s skillset, experiences, and distinguished track record in affordable housing make her the ideal leader for April Housing. Her mission-driven values are highly aligned with Blackstone’s approach to housing and will be invaluable as we work to extend the affordability programs in our portfolio and expand the country’s affordable housing supply.”

Over the next decade, April Housing intends to invest over $500 million to improve communities while maintaining the affordability of the properties, according to Blackstone officials, who said “April Housing is committed to providing best-in-class management, improvements to properties, and support to residents.”

The company is headquartered in Los Angeles and will oversee the affordable housing assets previously acquired from AIG and The Cornerstone Group. These communities are located throughout the U.S. in cities including Austin, Texas; Dallas; Denver; Fort Lauderdale, Florida; Houston; Los Angeles; Miami; and San Francisco.

Officials explained that “April,” which means “to open,” aligns with Blackstone’s goal of opening new paths to preserve and expand the supply of affordable housing.