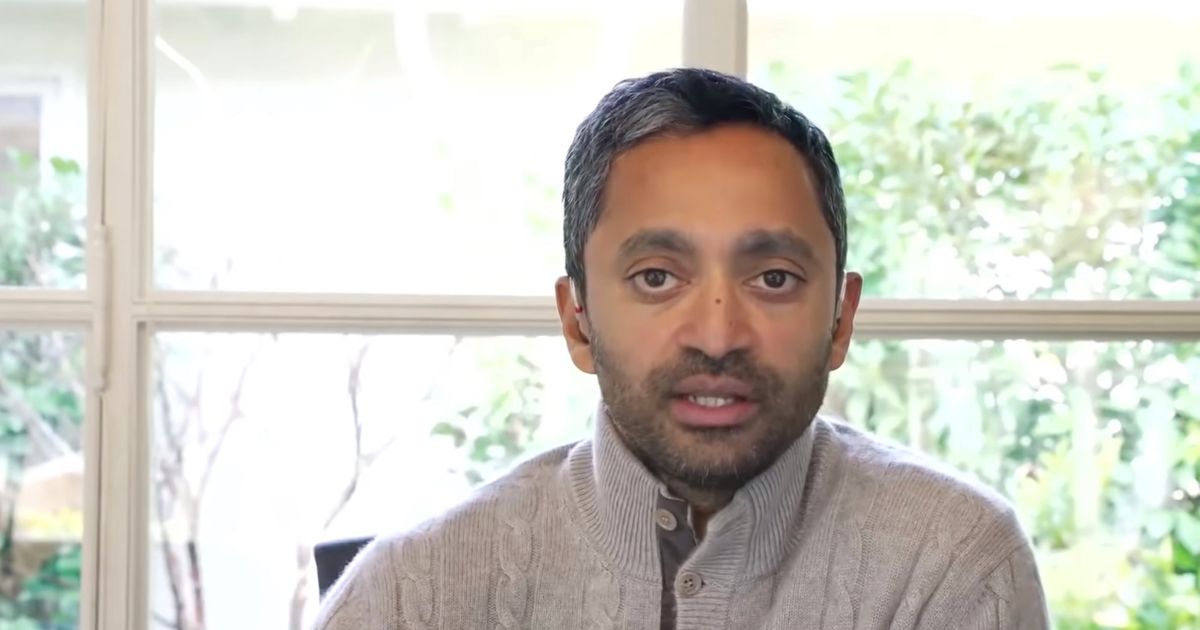 Last weekend, Chamath Palihapitiya waded into the issue of China’s human-rights violations against its Muslim Uighur population when he threw up his hands at the whole thing. A former Facebook executive, part owner of the Golden State Warriors, and a billionaire financier behind the SPAC boom last year, he has been an unusually successful VC who’s been happy to hype himself up as the next Warren Buffett, and he used blank-check companies, or SPACs, to bring private businesses like Virgin Galactic, SoFi, and Clover Health to the public stock market. (They all lost value in a year when the S&P 500 rose 28 percent.)

Owner of the @warriors🏀 says he doesn’t care about the Uyghurs.

The conversation goes downhill from there.@chamath…

– questions whether a genocide is actually happening
– says the CCP isn’t a dictatorship
– says the US is no better than the CCP pic.twitter.com/qAwi7hUPvo

It was a striking comment for someone who excoriated his fellow venture capitalists back in 2017 for being a bunch of “well-intentioned, soulless cowards.” The comment drew immediate backlash, with the Warriors franchise distancing itself from the investor, saying that “his views certainly don’t reflect those of our organization.” Palihapitiya and Calacanis — who argued strenuously against his podcast guest — soon after released statements calling for “nuanced discussion” and saying that the clip was taken “out of context.”

The context, however, is far from exculpatory.

“I’m not even sure that China is a dictatorship,” Palihapitiya said later in the podcast of the country, whose ruling party recently elevated its premier, Xi Jinping, to a level of power previously held by Mao Zedong. “There are a set of checks and balances here on China that, you know, at the end of the day, I don’t think that I have the moral absolutism to judge China.” Palihapitiya argued throughout the podcast that, because the U.S. incarcerates Black and brown men at a higher rate than any other developed country in the world, judging another country for its alleged human-rights violations is an act of hypocrisy. “If you want to talk about the human rights of people, I think we have a responsibility to take care of our own backyard first,” he said.

While he couched his statement as a kind of truth-telling and has tried to redirect the conversation to gray areas, one thing he hasn’t discussed is that his own fortunes are tied directly to China. In 2017, after Palihapitiya’s venture firm Social Capital lost a key investor to a rival, he later turned to a partnership with British investor Ian Osborne, who has made significant investments into some of China’s biggest companies, including Jack Ma’s Alibaba and Ant Financial, according to the Financial Times. And although Palihapitiya claimed recently to have nothing invested in China, companies he has invested in have other plans. ProKidney, which announced a merger with one of Palihapitiya’s shell companies on Tuesday morning, “intends to expand to the European Union and additional markets, including China,” according to a securities filing. And MP Materials, a rare-earth mineral miner that Palihapitiya owns a stake in, is part-owned by and does business directly with the Chinese smelter Shenghe Resources, even though it claims to wean the tech industry from dependence on China.

More than just about any other issue, China’s human-rights violations against Uighurs has been one of the most confounding for the world of finance and business. (The NBA has also struggled to figure out how to respond to China, where basketball is a rapidly growing sport.) The country’s systemic oppression of the ethnic minority has been well documented for over a decade, and in recent years it has ramped up mass imprisonment, torture, and sterilization campaigns, according to reports from groups like Amnesty International. But China also has a lot of money. Not only that, it controls a significant share of the rare-earth metals that power iPhones, Teslas, and the other tech products that are boosting the fortunes of the megawealthy. Recently, billionaire Ray Dalio, the founder of the giant hedge fund Bridgewater Associates, downplayed China’s treatment of Uighurs to that of a “strict parent.” It’s an equation that the world’s financiers haven’t been able to resolve.

It wasn’t always that Palihapitiya was the face of the venture-capital industry’s false equivalence. During the early weeks of the pandemic lockdown, he drew a moral line around executives and hedge-fund investors in the airline industry, which was then teetering on the edge of insolvency, arguing that aid packages helped them more than workers. “What we’ve done is disproportionately prop up and protect poor-performing CEOs, companies, and boards, and you have to wash these people out,” he said on CNBC. “Let them get wiped out. Who cares? They don’t get to summer in the Hamptons. Who cares?” And even before he had crowned himself the SPAC king and was a regular on the business-news shows, he went even further, pushing business students to be a force for good in the world. “Economic incentives drive entire swaths of populations to behave in very, very predictable — and then when you take it away, unpredictable — ways. Ask anybody in your classes from a developing nation. Ask anybody in your class who has seen that play out from where they’re from. So that’s what you have to do: You got to go and get it,” he said in that same talk in 2017. “Don’t be a sellout. Whatever your worldview is, you should be spending time to think about what that is so that when you control some of these purse strings, you push that view into the world.”

Daily news about the politics, business, and technology shaping our world.


By submitting your email, you agree to our Terms and Privacy Notice and to receive email correspondence from us.