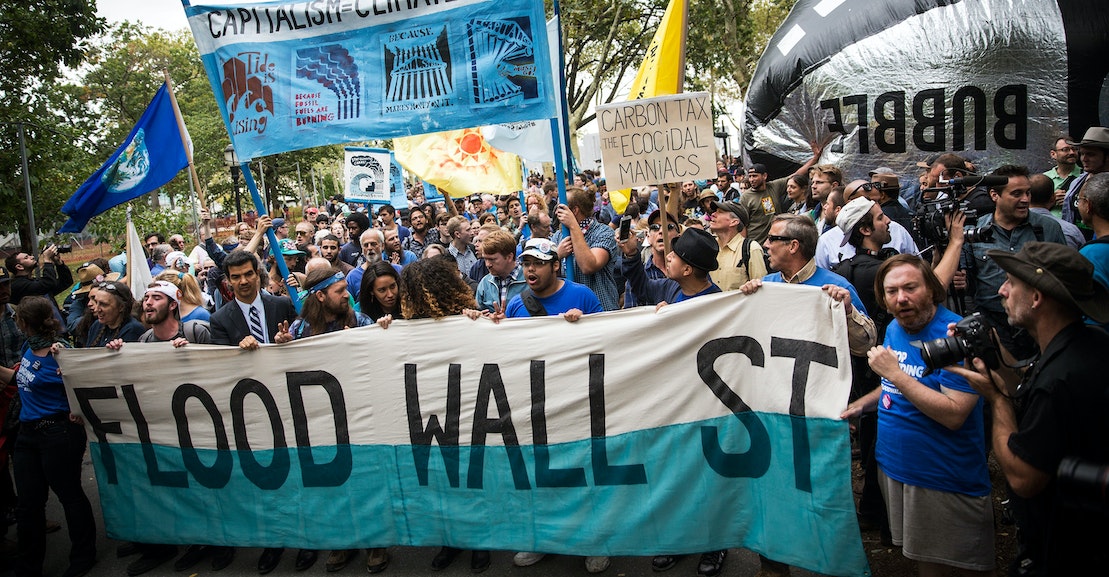 This gets at what ESG investing is actually for. It’s an important question, and one people involved in it are often quite slippery about answering. One version is what I laid out above: Al Gore’s pitch, that you can save the world and make money and that these goals are not just compatible, they are complementary. That is a pleasant idea—and, crucially, a great sales pitch if you, for example, run a firm that does ESG investing. This is the promise: You don’t have to sacrifice anything to invest responsibly. This represents a very real break from past political interventions in investing, as Fallows explains:

The current ethical-investment movement dates to the 1960s, when students pressured their universities to rid endowments of holdings in defense contractors or big polluters. The most famous political success of what is called a “negative screen” approach—ruling out certain categories of investment—was the anti-apartheid boycott of South African products and businesses in the 1980s and early 1990s. But all of these methods viewed “ethics” as a minus, the unavoidable cost of doing the right thing. The people at Generation, of course, contend that the “holistic” and “sustainable” view is a business plus, in the service of long-term greed.

But when not addressing a general audience, people behind ESG  investing have a slightly different explanation for what they are actually doing. It is not simply investing responsibly. It is avoiding exposure to risk.

One of the larger recent scandals in the ESG investing world involves DWS Group, a German asset management firm mostly owned by Deutsche Bank. In August, The Wall Street Journal broke the news that DWS was misleading clients and investors about the scope and quality of its ESG efforts. The firm’s former sustainability chief, Desiree Fixler, was fired, she says, after raising internal concerns about the firm’s annual report, which claimed that more than half the assets managed by the company had gone through a process called “ESG integration.” In reality, according to an internal DWS assessment, “only a small fraction of the investment platform” went through any analysis related to ESG ratings. And its actual ESG process was shoddy and inadequate. One example: DWS gave a German payments company called Wirecard a B in ethics the same month it collapsed in a fraud scandal. The “G” in ESG, Fixler noted, is supposed to stand for governance.

A more representative example of the limits of ESG scores—not just faulty ones but the concept itself—can be seen in the grade DWS gave Amazon. According to documents reviewed in a more recent Wall Street Journal story, “data used to rate companies was often outdated, and involved averaging other firms’ ESG ratings” in ways that didn’t give any meaningful information about the conduct or business models of the companies being graded. To illustrate how that process failed, the Journal notes that DWS downgraded Amazon to F in March 2020. “That rating meant the company had behaved so badly that its very existence was at risk because regulators could hit it with big fines and consumers might stay away.”