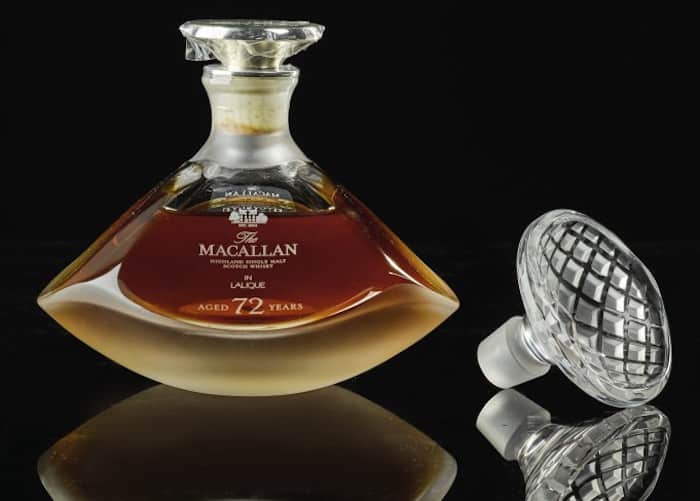 Editor’s Note: This guest post comes to us courtesy of Mark Littler, a specialist rare whisky broker based in the UK. His recently released 80-page guide to investing in rare bottles of whisky is available to download for free here.

With headlines proclaiming that the rare whisky market is forecast to have another record-breaking year, it is easy to see why more people are being drawn to whisky investment. Historic performance shows whisky bottles are both a profitable and resilient investment. Plus, ever-growing databases of bottle prices allows buyers to research and understand the market and what they should pay.

But while trends on databases and headline reports inject confidence to old and new collectors alike, what they do not offer is context. This lack of context, alongside limited education resources for bottle investors, may be partly what is driving the current boom. In turn a lack of comprehension of the market as a whole can cause potentially dangerous bubbles around specific bottles.

Market bubbles are an inevitable result of the rapidly increasing number of collectors and investors coming to the market and competing for the same finite supply of bottles. An unbalance between supply and demand can cause prices to rise. However, when the market is heavily overbalanced, prices may rise beyond what their fundamental value is. Historically this is often followed by a drop as the market corrects itself. Indeed, there are bottles on the market at present that are reminiscent of historic market corrections, such as the one following ‘Tulip Mania’ of the 17th century.

For specific examples let’s look at a few bottles of Macallan, firstly, two no age statement (NAS) bottles. Macallan Private Eye launched as a limited edition of 5000 bottles in 1996 for £36 and records show it has been sold less than 500 times since 2004 (when our records begin). Macallan Archival Series Folio 1, launched in 2015 for £199 as a limited edition of 2000, and has sold more than 700 times at auction. Therefore, despite initial edition numbers, Private Eye is rarer than the Folio 1 on the secondary market.

For further context let’s look at a vintage, high age statement Macallan from a renowned collectors series; the Macallan 1957 25 Year Old Anniversary Malt. This was the first of the Anniversary Malt series and not only does it contain very high quality whisky (93 points on Whisky Fun) it is also scarcer than both the Folio 1 and Private Eye, having only been sold around 100 times. Despite this, in the first half of 2021 the average price for the 1957 was only £4,300; lower than both the NAS bottles discussed above.

While these examples are looking at just three bottles, they highlight the irregularities of the current market, where modern, relatively common, bottles are now growing faster in value than older, rarer, bottles.

The performance of the market over the past few years should be viewed with caution as the data can be used to suggest that almost any modern release can be bought and sold for a profit.  However, bottles such as the Folio series rise in value due to very specific reasons that cannot be applied to bottles across the market. In addition, the rapid rise of relatively common modern bottles can only happen in an overconfident, buyer heavy, and arguably uneducated, market where there remain ‘greater fools’ to pay even more for the investment.

Macallan Folio 1 is not as rare as Private Eye, nor does it carry a high age statement like the 1957 Anniversary Malt, so what does it have that these two legendary bottles do not? Despite the impressive performance to date, it is the lack of convincing answer to this question that leaves us worrying about the viability of modern bottles such as the Folio 1 as an investment over the long term.

While whisky bottle investment has historically been a profitable endeavour, we urge that investors arm themselves with as much understanding of the wider market as they can. Pricing relativity and context are more important than ever in such a bull market, which is showing no signs of relenting.

As Benjamin Franklin once said “an investment in knowledge pays the best interest”.