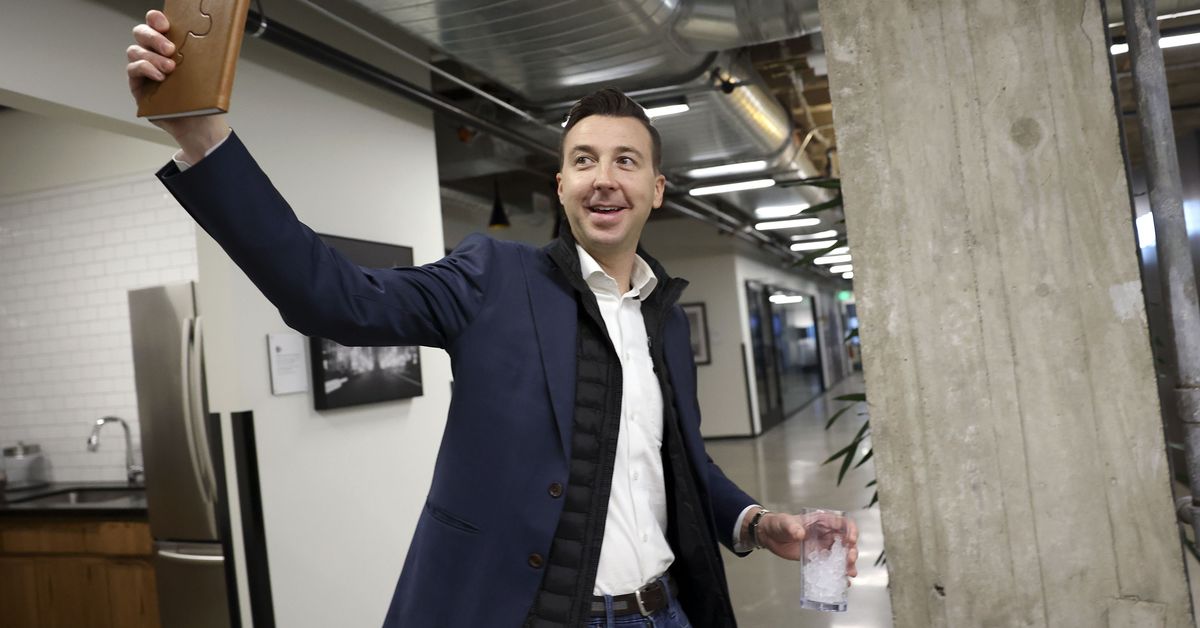 Serial entrepreneur Ryan Westwood was invited to a recent Salt Lake economic summit to deliver a keynote talk on how to scale a startup, a solid ask for a guy who’s built his current company from nothing to $400 million in annual revenues in seven years.

But instead of reeling off high performance product strategies or key partnerships he and his leadership team used to grow Simplus, a company that specializes in contract closure processes for the Salesforce platform, he zeroed in on the thing he believes is at the heart of that success: building a company culture that celebrates diversity and inclusion.

“My philosophy is that culture eats strategy for breakfast,” Westwood told the audience at the Utah Business Outlook Summit in November. “If you have an inclusive culture where everybody feels like their ideas, their thoughts are valued and they are valued, you are going to have so much more success than if you don’t.”

Westwood grew up on the East Coast but attended college at Utah Valley University. He said his interest in business goes back to his childhood. Before launching Simplus in 2014 with his three partners, including his brother Isaac, he had founded or co-founded multiple businesses. His focus on company culture is one he said has run through his previous efforts and continues to evolve.

“What we do well is bring people together, create a strong vision and execute on that vision,” Westwood said. “And we do it all in an environment where people love to work for us.”

Westwood also notes that having a focus on diversity and inclusion turns out to be a powerful advantage when it comes to attracting talent, and particularly so in the current, highly competitive jobs market.

And that message is one that aligns well with a growing body of research showing employees, having weathered nearly two years of workplace convolutions wrought by the COVID-19 pandemic, are more focused than ever on finding a work environment in which they feel recognized and supported and where they can be their authentic selves.

A report released in October by Utah-based BambooHR found that one of the notable outcomes of pandemic-induced remote work assignment is that employees spent more time evaluating what does — and doesn’t — work when it comes to company culture, and its “leading many to question the norms workplaces everywhere have experimented with for decades to inspire productivity and satisfaction.”

Amid a wave of record high resignations across the country, the BambooHR survey found over a quarter of employees, 28%, have engaged in a job search effort sometime in the last 18 months. One in 5 employees said declining culture led them to look for new work, and 16% said their job searches were seeded by fears that a new culture may await them after returning to in-person work environments.

Bamboo’s director of human resources, Cassie Whitlock, said employees on the job hunt are increasingly seeking out companies that excel when it comes to investing in their internal work environments.

“More and more employees care about potential employers’ company culture and what kind of commitments they’ve made to diversity, equity and inclusion programs,” Whitlock said. “It’s playing a much bigger role in the job search decision process.”

Plus, Whitlock said it’s critical for businesses looking to build their talent pools to do a good job at communicating their performance when it comes to diversity and inclusion efforts. And failure to do so, she said, could put overall financial performance at risk.

“Being more overt as an organization about how you go about prioritizing diversity, equity and inclusion and sharing how you are accomplishing goals is a necessity,” Whitlock said. “Having clarity there is so important to an employer’s brand and to their bottom line.”

Westwood is certainly an advocate of the close association of high overall company performance with high success at building a welcoming and inclusive environment for employees. He noted that it’s common for company executives — whose business education backgrounds have a heavy focus on things like finance, technology and marketing — to be less comfortable navigating issues like diversity, equity and inclusion.

A common sentiment among many business leaders, Westwood said, is “how are we going to drive profits with this stuff?”

But, during his Outlook Summit presentation, Westwood provided some statistics reflecting exactly how important those “soft” issues can be when it comes to lifting the bottom line. He noted:

Simplus has been on a tear when it comes to making money in their suite of consulting, training and integration services for Salesforce clients.

In 2020, the company was acquired in a $250 million deal by India-based Infosys, having raised some $50 million in venture investment before that transaction, and is now hitting annual revenues of $400 million. Infosys is a giant among global digital services and consulting businesses, and it generated nearly $14 billion in revenue in fiscal 2021. At the end of regular trading on Friday, Infosys had a market capitalization of nearly $100 billion.

While Westwood has remained as CEO, he said his inner entrepreneurial engine is always running and predicts, eventually, he will be looking for the next big project.

However, whatever that next step may be, Westwood said he will carry forward his commitment to building companies from a base of happy, recognized and included employees.

It’s that observation and advice he shared with Utah business leaders at the conclusion of his recent talk in Salt Lake City.

“How often do we make assumptions and completely miscalculate the person?” Westwood asked. “My plea with you is to ask questions. To be more curious with your employees or co-workers rather than make assumptions about who they are.

“And I think that you will become better people, create a better work environment, and Utah will win in business when we spend more time being inclusive and understanding each other rather than being divisive.”