A top EU financial regulator has renewed calls for a bloc-wide “ban” on the main form of bitcoin mining and sounded the alarm over the rising proportion of renewable energy devoted to crypto mining.

Erik Thedéen, vice-chair of the European Securities and Markets Authority, told the Financial Times that bitcoin mining had become a “national issue” for his native country Sweden and warned that cryptocurrencies posed a risk to meeting climate change goals in the Paris agreement.

Thedéen said that European regulators should consider banning a mining method known as “proof of work” and instead nudge the industry towards the less energy-intensive “proof of stake” model to cut down on the sector’s vast power usage.

Bitcoin and ether, the two largest cryptocurrencies by volume, both rely on a proof of work model, requiring all participants on the blockchain digital ledger to verify transactions. Miners, who use sprawling data centres filled with fast computers to solve complex puzzles, are rewarded for recording transactions with newly minted coins.

That requires significantly more energy than the proof of stake model, where the number of parties signing off trades is much smaller.

“The solution is to ban proof of work,” said Thedéen, who is also director-general of Sweden’s Financial Services Authority and chair of sustainable finance for international body Iosco. “Proof of stake has a significantly lower energy profile.”

Mining has become a highly lucrative and competitive business, with the amount of computing power dedicated to the process running at record levels, according to Blockchain.com. China banned the process in May but activity has scattered across the world and there are now several publicly traded companies focused on the practice, such as Canada’s Hut 8.

“We need to have a discussion about shifting the industry to a more efficient technology,” Thedéen said, adding that he was not advocating a wholesale ban on crypto.

“The financial industry and a lot of large institutions are now active in cryptocurrency markets and they have [environmental, social and governance] responsibilities,” he added.

His comments were made after Swedish authorities first floated the idea of banning the practice in November last year, noting the rising amount of renewable energy being devoted to cryptocurrencies while stating that “the social benefit of crypto assets is questionable”.

“[We call for] the EU to consider an EU-level ban on the energy-intensive mining method proof of work,” the Swedish financial regulator said in November.

Cryptocurrency mining has been attracting growing criticism for its impact on the environment. The practice accounts for 0.6 per cent of the world’s total energy consumption and burns more electricity annually than Norway, according to data from the Cambridge Bitcoin Electricity Consumption Index.

Faced with mounting criticism and the ban in China, miners have upped the share of renewable energy they use for powering their computers and pushed into countries with plenty of wind and solar power, such as Sweden and Norway. 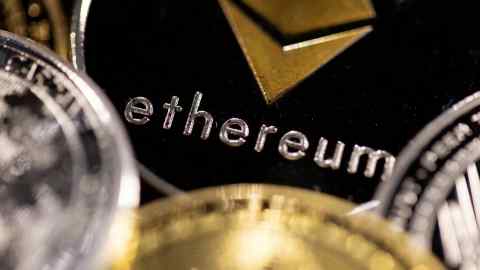 “Bitcoin is now a national issue for Sweden because of the amount of renewable energy devoted to mining,” Thedéen said.

Without intervention, he warned, a significant amount of renewable energy would go towards creating units of bitcoin instead of moving traditional services away from coal-powered energy sources.

“It would be an irony if the wind power generated on Sweden’s long coastline would be devoted to bitcoin mining,” Thedéen said.

Ethereum, the second-largest digital asset, has said it will migrate to the proof of stake model in June.

Energy is the world’s indispensable business and Energy Source is its newsletter. Every Tuesday and Thursday, direct to your inbox, Energy Source brings you essential news, forward-thinking analysis and insider intelligence. Sign up here.