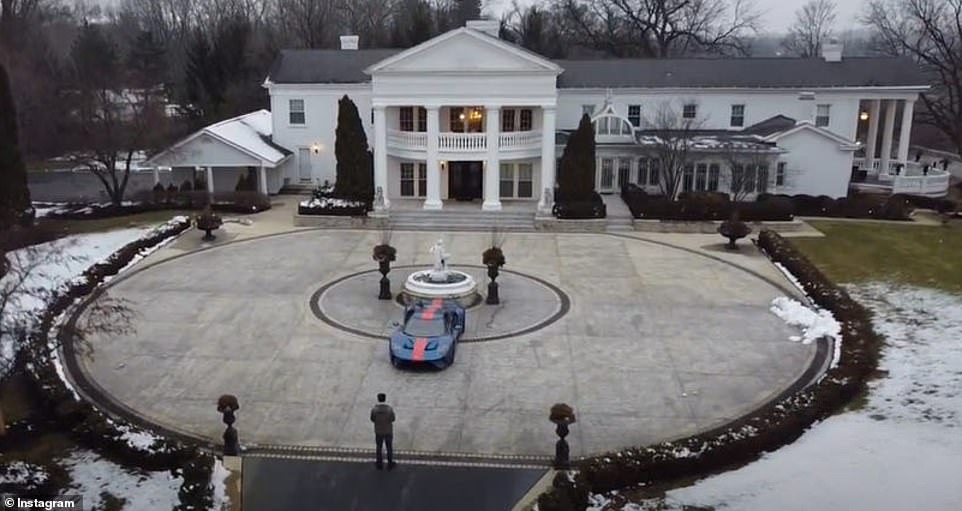 A serial entrepreneur couple who cashed in on the COVID testing boom are now at the center of a federal probe after being accused of fraud by customers who say they never received results or got negative test results via email before they had even taken the test.

Longtime entrepreneurs Akbar Ali Syed, 35, and his wife Aleya Siyaj, 29, of St. Charles, Illinois, have attached themselves to many trending business ventures over the years, including a donut shop, wedding photography and axe-throwing.

Their latest venture, the Center for COVID Control (CCC), is under scrutiny and being investigated by the Centers for Medicare and Medicaid Services, the Oregon Department of Justice and multiple state health departments after numerous complaints from across the country, according to reports.

The Centers for Medicare and Medicaid Services documented numerous ‘deficiencies’ at the company’s main lab, Doctors Clinical Lab, which has been reimbursed more than $124 million from the federal government’s COVID-19 uninsured program, according to public data obtained by USA Today. The probe into the company was only magnified by the couple’s social media posts boasting about their luxurious lifestyle, including the purchase of a Lamborghini, and a $1.36 million mansion.

The company, based in Rolling Meadows, Illinois, has 320 testing locations in 22 states nationwide that offer free same-day rapid results, according to its state license. The company stated that at its peak, it collected more than 80,000 tests per day at the pop-ups, many of which are reportedly in sheds and storage units.

It was reported that the Centers for Medicare and Medicaid Services, part of the U.S. Department of Health and Human Services, conducted surveys at multiple CCC testing sites and ‘the main laboratory’ in November and December and found ‘non-compliance’ with numerous standards, affecting more than 400,000 tests.

A serial entrepreneur couple who cashed in on the COVID testing boom, reportedly spending their money on luxury cars and a $1.36M mansion (pictured) in St. Charles, Illinois, are now at the center of a federal probe after being accused of fraud 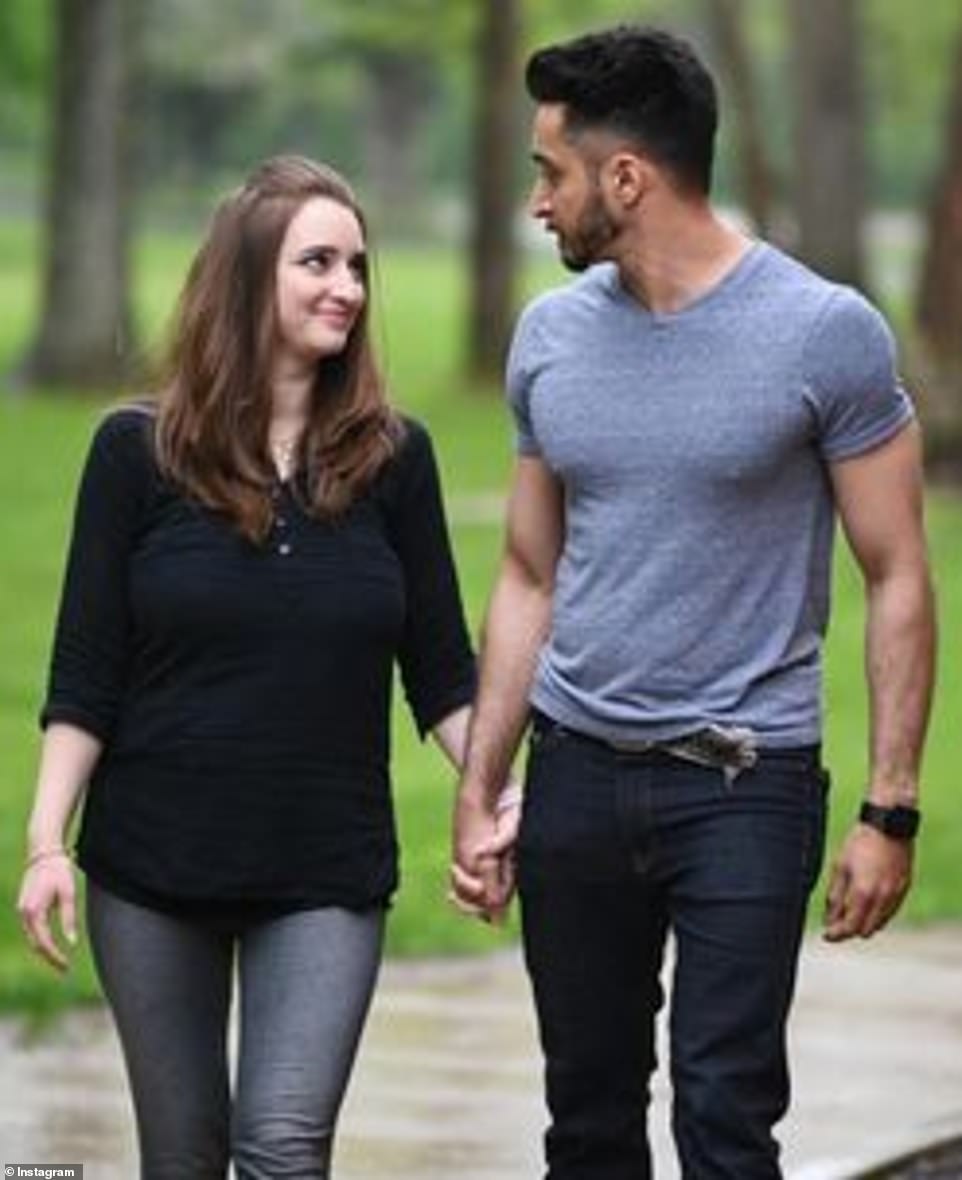 Aleya Siyaj, 29, left, and her husband, Akbar Ali Syed, 35, right, are longtime entrepreneurs who have attached themselves to many trending business ventures over the years, including a donut shop, wedding photography and axe-throwing. Their latest venture, a COVID-19 testing company, is now at the center of a federal probe 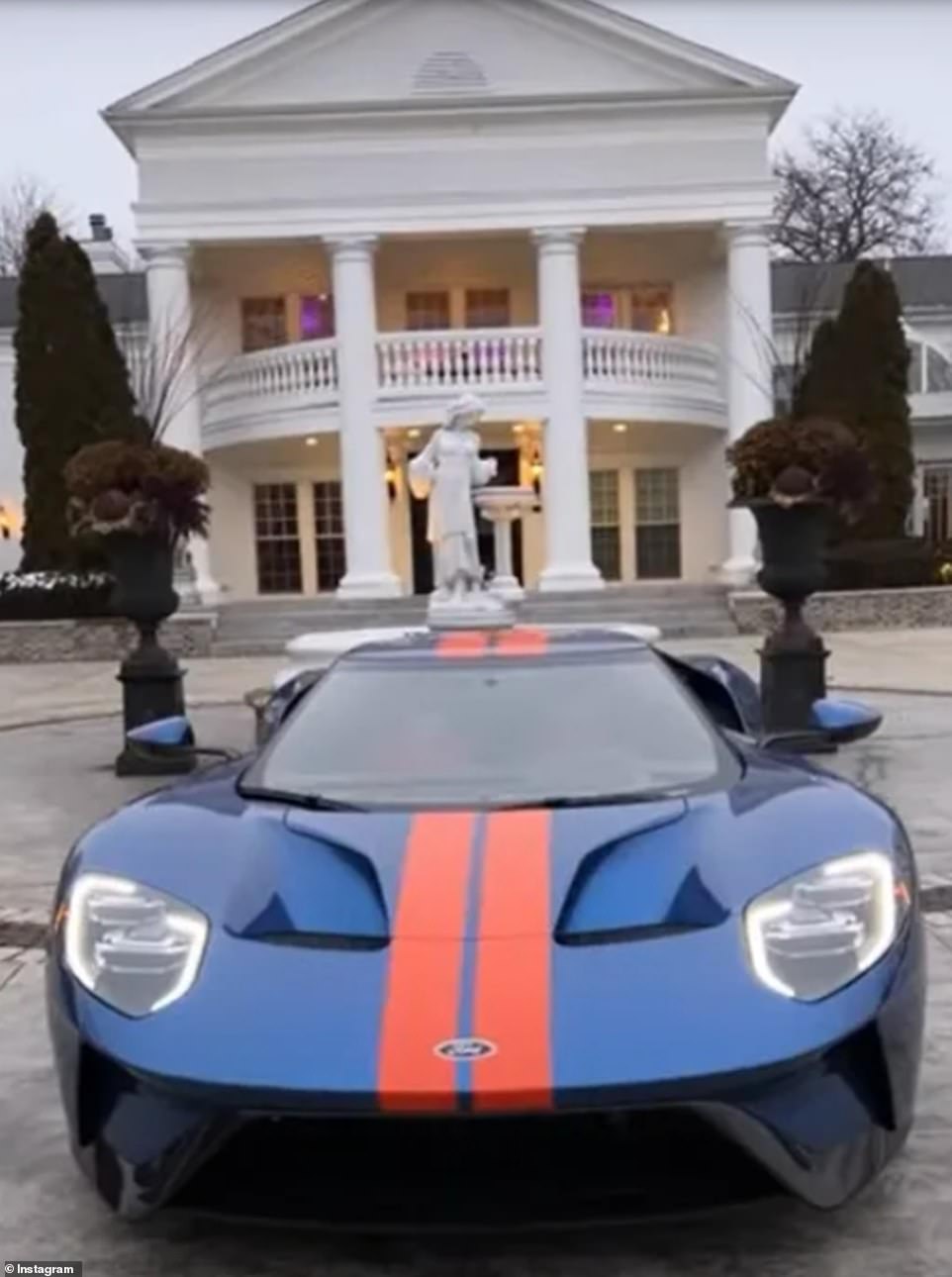 The federal probe into the company has been magnified by the couple’s social media posts flaunting their luxurious lifestyle, including luxury cars. Pictured: A Ford GT pictured outside their $1.36 million mansion

Throughout the pandemic, there has been a struggle in the United States to find quick, easy and accurate testing.

So when the couple saw a market for a new venture, Siyaj, who is referred to by the company as the ‘CEO and founder,’ registered the business, the Center for COVID Control, in December 2020.

‘CCC was founded to meet a critical market need to establish testing centers where COVID tests could be provided to patients rapidly and safely to minimize delay, and let people get on with their daily activities,’ Siyaj said in a statement posted on the company’s website on Thursday.

But by the end of 2021, the company began to experience trouble when the Omicron variant caused a surge in cases, according to USA Today. As testing increased, the CCC reportedly became overwhelmed, revealing cracks in the company’s system.

Frustrated consumers took to social media, Google and the Better Business Bureau to complain about their experience with the company’s ‘sketchy’ testing sites, many of which are pop-ups in sheds, storage units and empty store fronts.

There were complaints that some people had received negative test results via email before even taking their tests.

Others complained of delayed results or no results at all, calling the company, which has the Better Business Bureau‘s lowest customer review rating, a ‘scam.’

‘There were a TON of red flags that this company was a data mining scam that is a hazard to public health,’ a person by the name of Scott F. posted to the BBB website on January 2, adding that the stations were ‘not being cleaned or sanitized in between users collecting samples from their noses.’

‘I have no confidence these sample were not potentially tainted by cross contamination due to dirty testing stations and haphazard collection practices,’ he wrote.

The complaints date back to November 2021, when someone identified as Josh D. posted that the whole ordeal ‘seemed very sketchy.’

‘I just had a gut feeling that something seemed off,’ he added. ‘It was an office retail space with literally only a cheap desk in every room. Nothing else. It was super empty in a very odd way. It just seemed so off.’

Earlier this month, Kelly T. posted that ‘there’s no point to get tested’ if they never get the results.

‘Not to mention the safety aspect that they are doing testing inside a rented store front with lots of people jammed inside coughing,’ she added.

‘If you don’t have COVID, you will by the time you leave. They should be shut down before someone dies from their failure to provide results. BBB please take notice.’

The BBB has posted an alert on their website about the CCC that states: ‘The BBB of Chicago & Northern Illinois is actively looking into this company as they have recently received numerous complaints both locally and from across the country.

‘The company has been unresponsive to the BBB regarding the resolution of these complaints. Consumers allege problems with not receiving test results, poor customer service, and requesting personally identifiable information (driver’s license, insurance, etc.). Consumers with outstanding concerns should still file a complaint with the BBB and the Illinois Attorney General’s office.’ 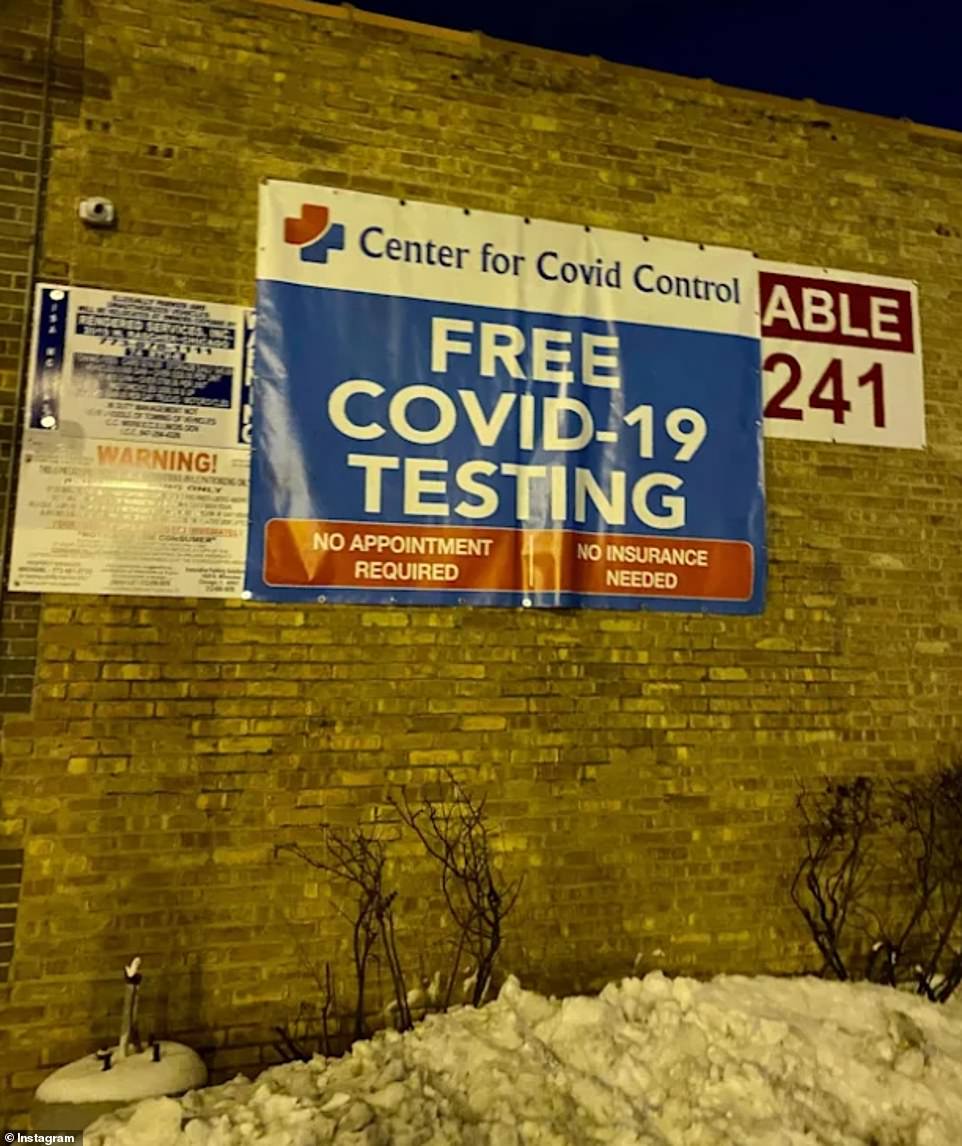 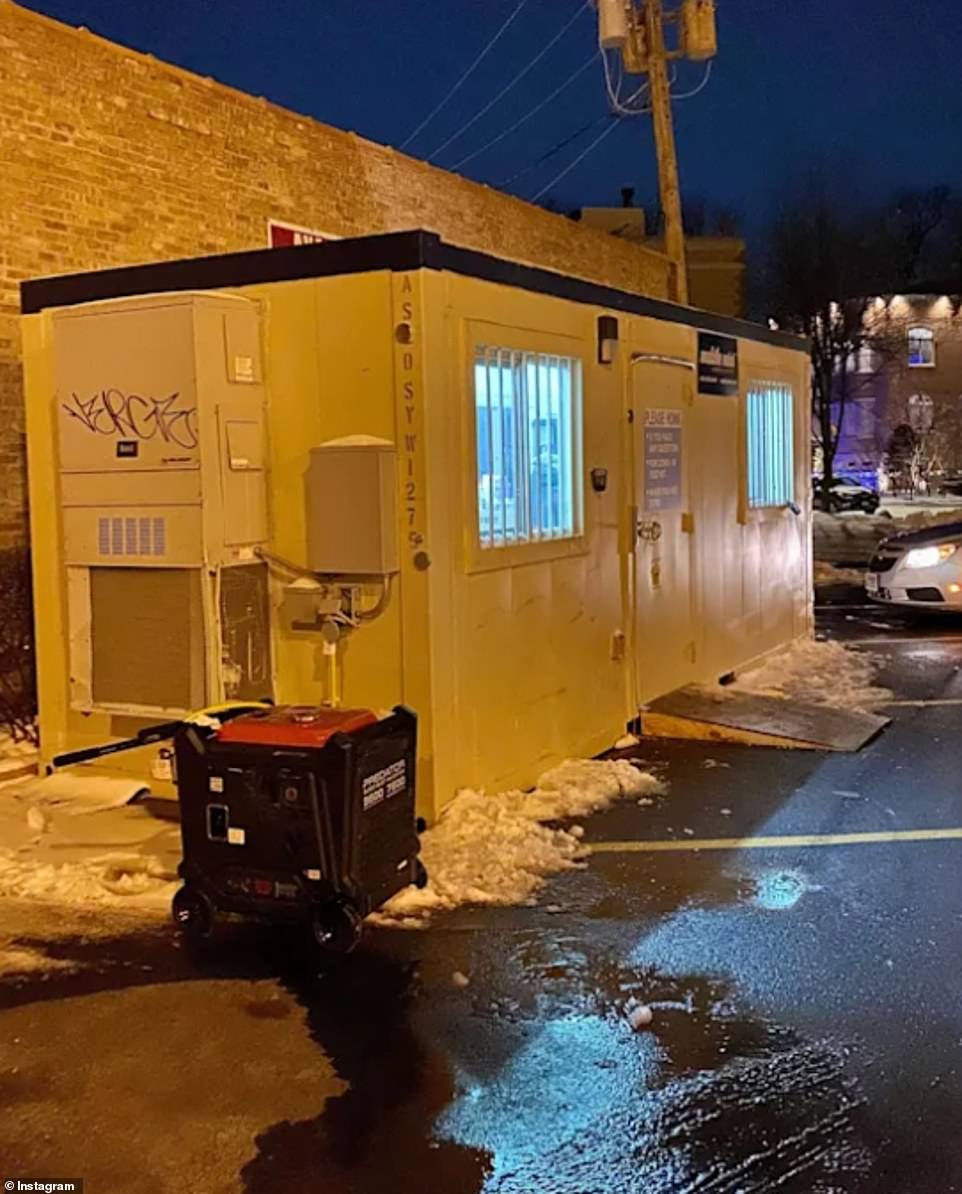 Many of the sites, like the one pictured, are pop-ups in sheds and storage units

As complaints poured in, the couple continued to flaunt their lavish lifestyle and high-end purchases on social media.

On Syed’s TikTok account, which was reportedly taken down on Thursday, he shared photos and videos of luxury cars. His nephew has a YouTube channel that focuses on the family’s growing car collection.

In August 2021, Syed posted a photo of a pickup truck with the caption ‘no hands ma!!’ And he continued post about his extravagant purchases on the account.

At the end of the same month, Syed posted a video to his TikTok account of a red Lamborghini Countach being unloaded from a flatbed truck.

‘Countach added to my collection,’ Syed wrote in the caption. He also included the tag, ‘#entrepreneur.’

At the end of the month, two videos were posted to the channel showing a Ford GT parked in the driveway of the couple’s St. Charles home. 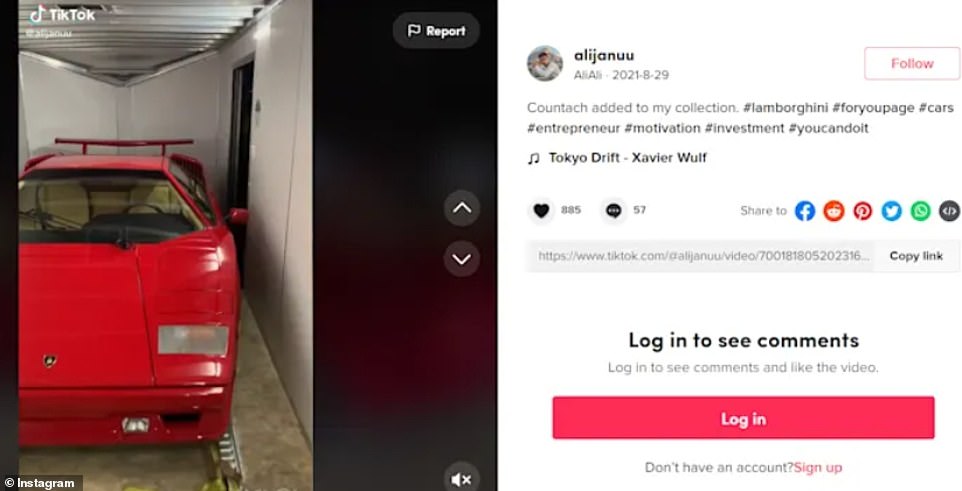 Syed posted a video to his TikTok account, which was taken down last week, of a red Lamborghini Countach being unloaded from a flatbed truck and when a user commented, asking if it was oil money, he responded ‘COVID money’ 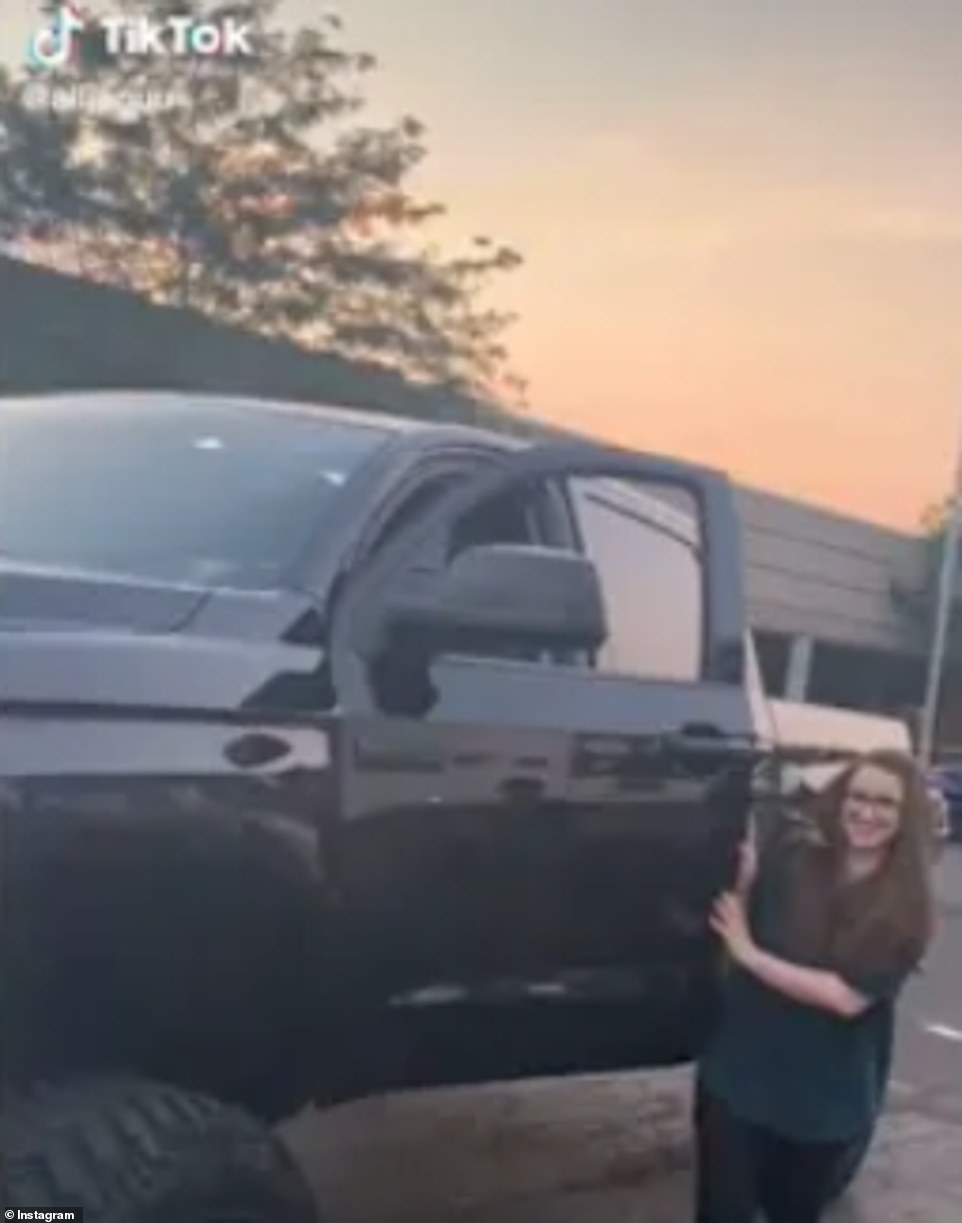 The couple, whose company made millions off COVID testing, shared photos all over social media of their purchases, starting with a pickup truck last year. The company is now being investigated by Centers for Medicare and Medicaid Services on allegations of fraud 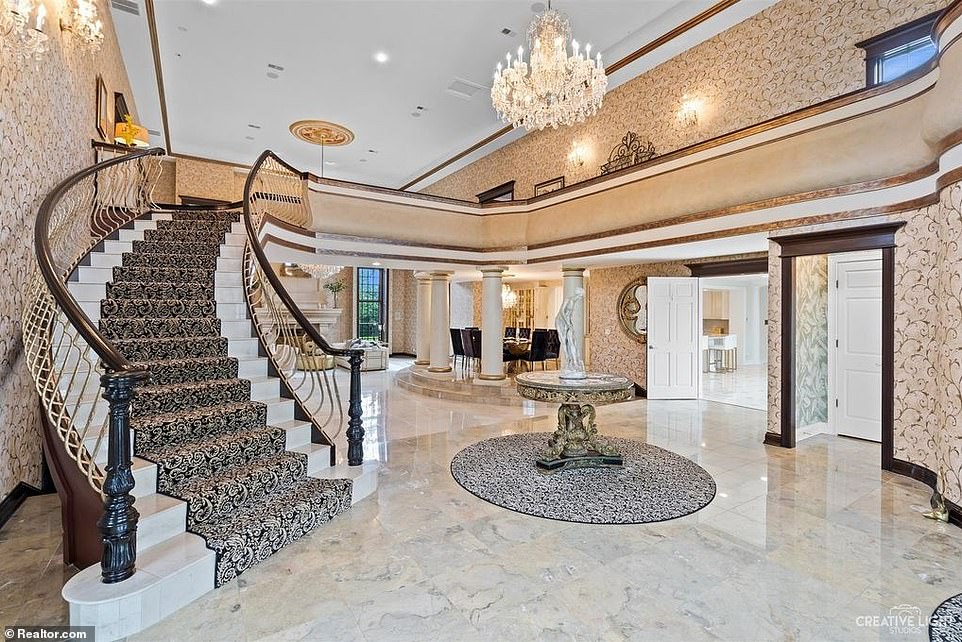 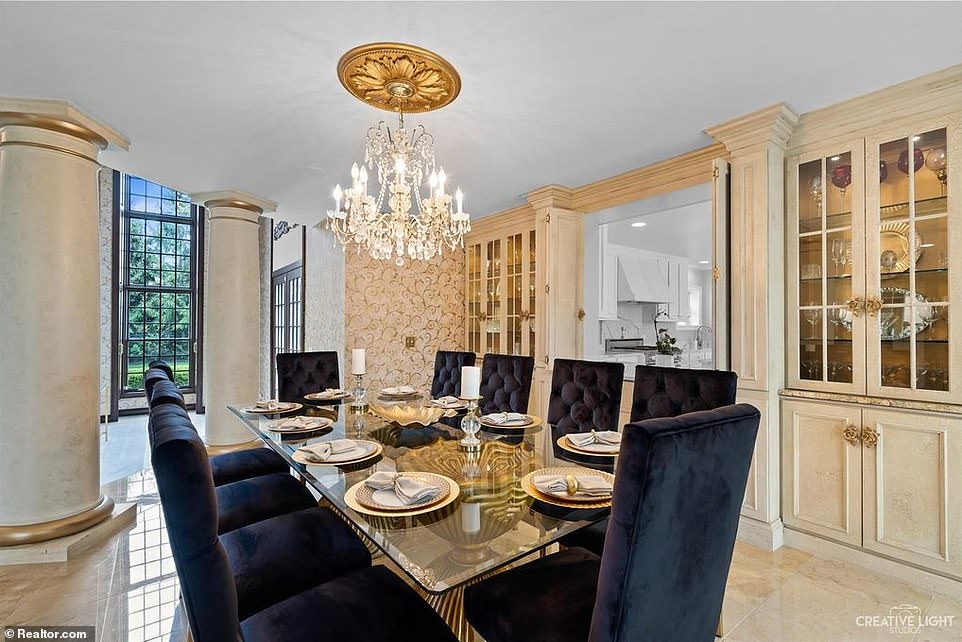 In 2013, Syed started a wedding photography business. And his wife has reportedly launched at least six businesses.

Siyaj owned the O’s Donuts & Cafe, which launched in 2017 and closed in November 2020, according to USA Today.

She is also listed on LinkedIn as the owner of Axe Range, an axe-throwing lounge, which closed in 2020. She reportedly recently established Aenaz, Lom Investments and Testing Solutions.

And she is listed as the founder and chief executive officer (CEO) of the Center for COVID Control. 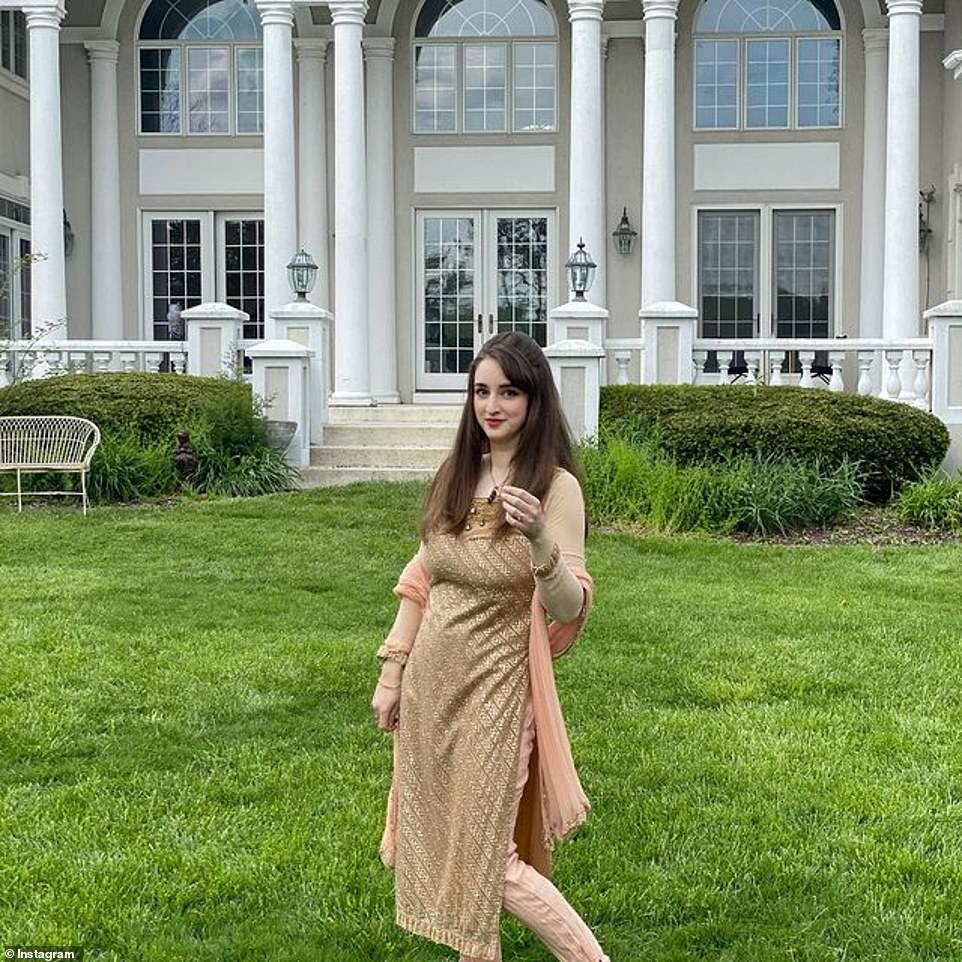 Aleya Siyaj, who reportedly launched six businesses in the past five years, is pictured in front of the couple’s $1.36M mansion 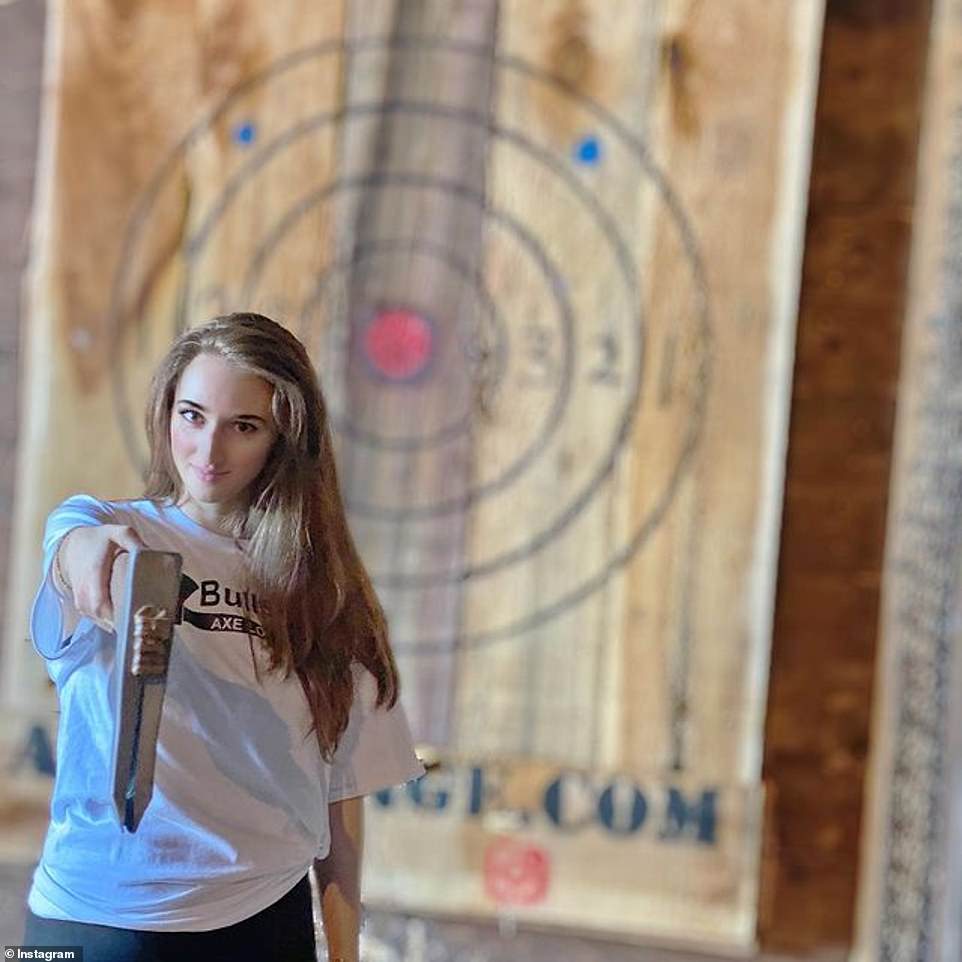 Siyaj established Axe Range, an axe-throwing lounge in 2019, one of many business ventures the couples started