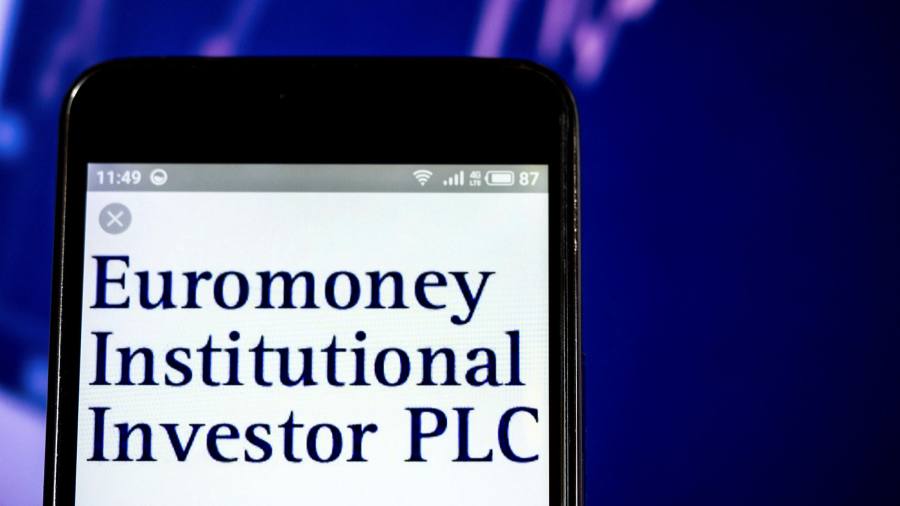 Euromoney Institutional Investor’s finance chief said the business-to-business media group has a “lot of firepower” for acquisitions, as a rise in subscriptions for its data services helps it recover from a collapse in events during the pandemic.

The UK-based publisher and information provider had its sights on “larger” deals after upgrading its outlook for full-year profits, Wendy Pallot said.

As well as owning the Euromoney financial magazine, the group sells data to customers in a wide range of sectors, including commodities, human resources and asset management, and also runs exhibitions.

Shares in the FTSE 250 company were hit hard at the onset on the pandemic, when social distancing rules forced it to scrap corporate events. The upbeat trading statement on Friday pushed the stock more than 7 per cent higher, but it is still some 16 per cent lower than it was at the start of 2020.

Euromoney, one of Europe’s largest financial publishers, said there had been “strong growth” in its pricing, data and market intelligence divisions. Its portfolio includes Wealth-X, described as the world’s largest database on wealthy individuals, commodity data provider Fastmarkets and the people intelligence business BoardEx.

Euromoney had net cash on its balance sheet of £35m at the end of August and Pallot noted the company also had untapped committed bank facilities.

“Now we’re moving away from just bolt-ons and we’re looking at what we would call ‘all-size’ acquisitions,” she said. The company was eyeing deals in sectors including wealth and asset management she added, with a particular focus on the US. “There is a big boom in wealth management at the moment.”

The events business is making a gradual recovery from the pandemic, although the company said it was performing only “in line” with its expectations. Pallot said: “Events are far less important to us than they have been. But September’s been fine.”

She pointed to an event the company hosted in London earlier this week for the asset-backed securities industry, which had been relocated from Barcelona, to which delegates turned up “in their thousands”.

“It’s really difficult to predict with events,” Pallot added. “Though many of our events are in North America and Europe, which are obviously highly vaccinated areas . . . things are definitely looking up.”

The company set out plans a year ago to cut up to 240 jobs, with most of the cuts in the events business.