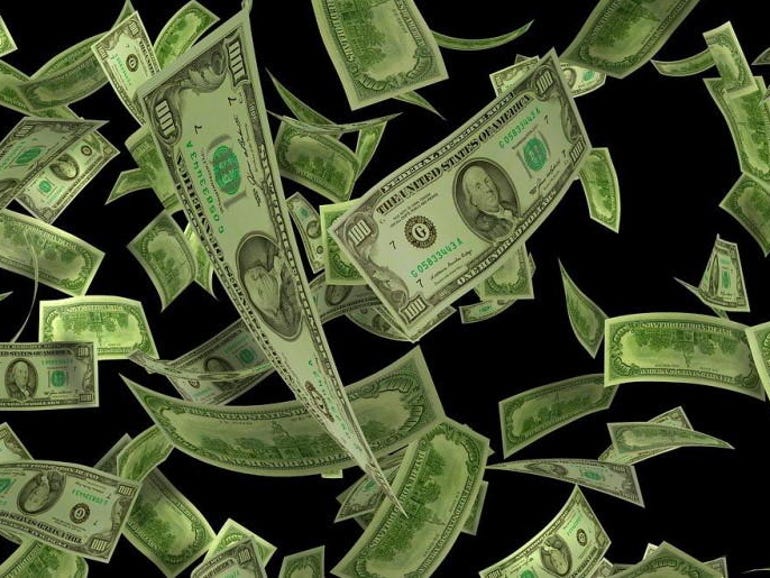 Much of the US was caught up in the excitement of the /r/WallStreetBets Reddit forum’s success in late January. The small-scale investors identified a weak spot in the stock market and exploited it, creating many rags-to-riches stories.

Now that the dust has settled and some investors are seeing big balances in their checking accounts, there’s one important thing to consider: taxes.

Do I have to pay taxes on money earned while investing?

Yes. If you bought and profitably sold shares of GameStop (or any other company), taxes will need to be paid. The brokerage(s) you used to buy and sell shares will report that information to the IRS, and you will owe income taxes on it. You should focus on the word “earned” here, however, because it’s important.

What if you were charged a fee to buy and to sell? Let’s say the fee was $5 to buy and $5 to sell. In that case, you bought 10 shares of GameStop at $5 a share and paid a $5 fee. This means your basis is $55: the amount you paid for the asset, including fees and commissions.

If you sold the investment and made $3,000, but you were charged a $5 fee again, you actually earned $2,995. That’s your realized amount: the money that ended up in your account after fees and commissions.

In that situation, you would owe taxes on $2,940, which is the result of subtracting the basis from the realized amount.

If you lost more than you earned, you can use capital losses to offset up to $3,000 of other income, such as normal earnings, and you can carry unused capital losses forward to future years. So if you lost $9,000 in total, you could carry forward $6,000 in losses to use in the future.

Another important thing to consider is whether these are long-term or short-term gains, which change the tax rate you need to pay.

What are short-term capital gains?

What do I do if I made short-term gains?

Currently, short-term capital gains in the United States are taxed as normal income. You would simply add your investment income to your total income for the year and pay taxes normally on that income. Your exact percentage depends on what tax bracket you’re in based on your overall income.

It’s important to note that short-term losses offset short-term gains. So if you lost money on a short-term investment, you would subtract it here, up to the total amount that you gained.

If you are concerned about how to manage capital gains taxes in your own specific situation, contact a tax professional who can help you with the specifics.

What are long-term capital gains?

What if I hold and make long-term gains?

It’s important to note that long-term losses only offset long-term gains. If you lost money on a long-term investment, you would subtract it here up to the total amount that you gained.

Again, if you are concerned about how to manage capital gains taxes in your own specific situation, contact a tax professional who can help you with the specifics.

What is the Earned Income Tax Credit?

Another important aspect of taxes with GameStop profit is the Earned Income Tax Credit (EITC). The EITC is a tax credit given to low- and moderate-income households, particularly ones with children. It’s an actual tax credit, which means that it reduces the amount of taxes you owe to the IRS. This can result in either a much smaller tax bill or a much larger refund.

There are a many rules for qualifying for the EITC. The biggest requirement is that minor income is relatively low, but the threshold for qualifying jumps quite a bit for each child in your household. Also, the amount you can claim jumps substantially if you have children, up to as much as $6,728 in 2021 if you have three or more qualifying children.

How investment gains affect the EITC

What if I lose the EITC?

If you lose the EITC solely because of your investment gains, then it means that you will owe a larger tax bill than you would have otherwise. If you are close to the cutoff, a small investment loss would get you below that level, so you may want to consider making another small investment such that, if you lose money on it, you would at least restore your EITC for the following year.

If you are concerned with the EITC in your own specific situation, contact a tax professional. They can help you work through the specifics of your own tax situation.

Make a plan before you spend

In any case, if you made some investment income from making Wall Street bets, congratulations! However, rather than splurging with that money, consider using it in a way that will make things better for you going forward.

First of all, make absolutely sure you’ve put aside plenty of money for taxes. Since this is likely a short-term capital gain, you’ll want to use a tax calculator to see how much you’ll owe in taxes when you file in 2022. Intuit’s tax calculator will help you get an approximate estimate of your tax bill. Just make sure you hold onto at least that much of your income.

This is the most important thing, as you do not want to get stuck with a tax bill in April.

Also: Seven life-changing ways to use your tax refund

Build an emergency fund and pay off debts

What about the rest of your investment income? You should start by taking steps to solidify your financial foundation so that you can weather anything life might throw at you — illness, job loss, or any other unexpected event. Start by creating an emergency fund, which is just a pool of cash stowed away in a savings account for unexpected events. A good amount to store is at least a month of living expenses.

Once you have that in place, pay off your debts. First, make sure you’re up to date on all of your bills. Then, construct a debt repayment plan to help you figure out which debts to tackle first, and make a big extra payment on the one at the top of the list. If you did really well, pay off debts in their entirety going down the list. Seeing credit card debt and student loans simply vanishing into thin air is a lasting burden off your shoulders.

What if you’ve got an emergency fund and are debt-free (or have very low-interest debts remaining)? There are options to consider when deciding what to do with your newfound money. Consider using this money to build a lasting financial foundation for you and your family.

Identify what your long-term goals are. Do you want to own a house? Do you want to pay for your child’s college education? Do you want to retire early? Figure out what is meaningful to you in your life, then seek out specific financial advice on how to best invest for that goal.

[This article was originally published on The Simple Dollar in February 2021. It was updated in December, 2021.]