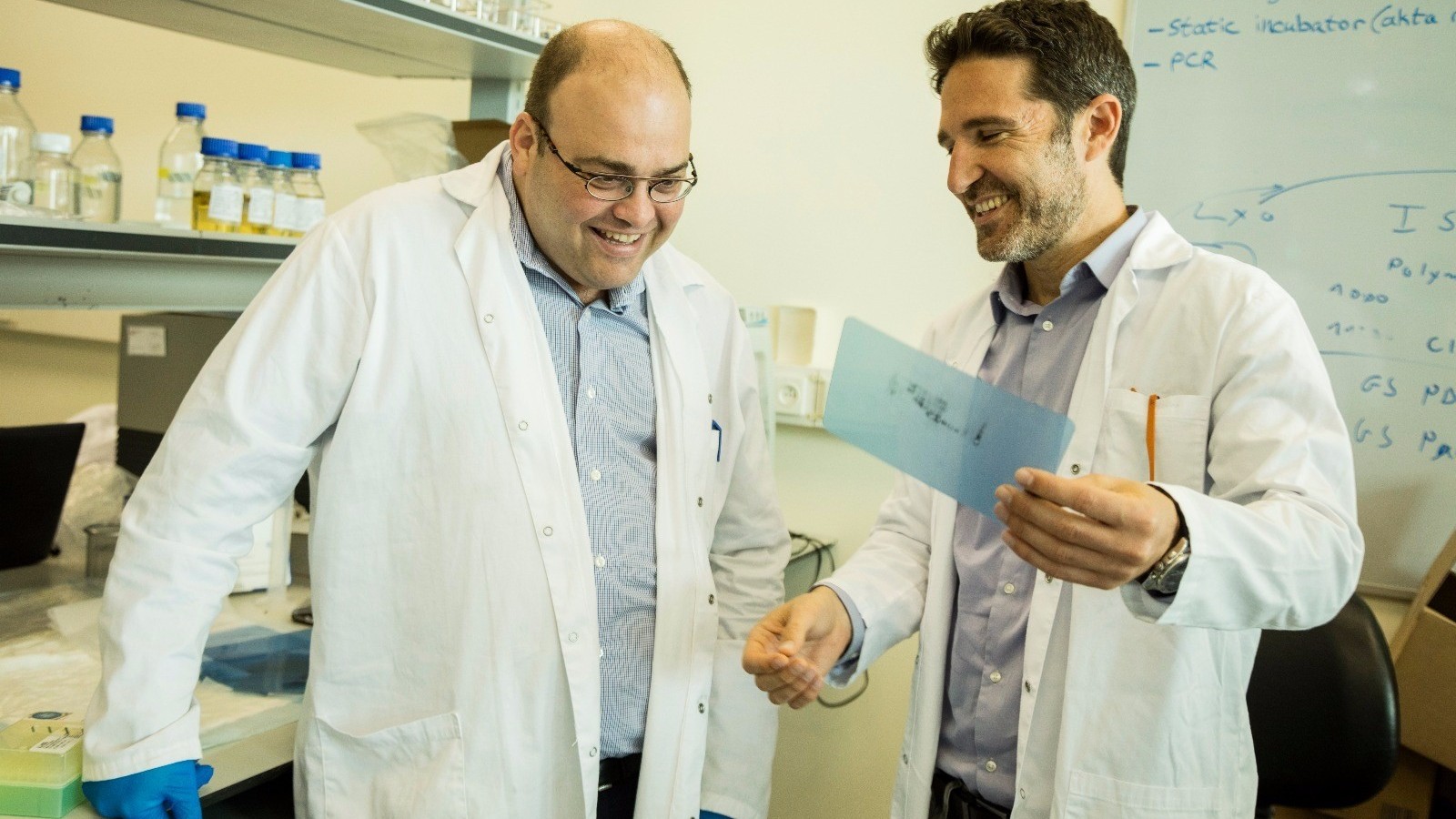 He wasn’t a Scout leader. He didn’t serve in an elite army intelligence unit. He has no college degree. In fact, he barely made it through high school.

At best ignored and at worst bullied, Ben Zeev had a difficult childhood.

“I was fat and had lots of health problems. I didn’t have friends. My father didn’t believe in me. Altogether, I couldn’t really be a good student,” says Ben Zeev, who was raised in a religious family in Jerusalem.

After high school, the army rejected Ben Zeev because of his weight. Determined to be a soldier, he went on a strict diet for seven months. But despite losing 40 kilos (88 pounds) and entering the armored corps – where he made his first real friends — his IDF service was cut short when they discovered he had Type 1 diabetes.

Nevertheless, through a lot of sweat equity and a knack for identifying golden opportunities and business partners, Ben Zeev became a serial med-tech entrepreneur.

One of his cofounded companies, Emendo Biotherapeutics,  was acquired in 2020 by Japanese pharmaceutical company AnGes for $300 million.

“I want any teenager with problems to know that life doesn’t end with school,” he tells ISRAEL21c.

“I became an entrepreneur with no skills. If you push your dream and don’t give up, you can do a lot. There were years when I struggled to make a living, and I lost two toes to diabetes. But life is not about happiness, it’s about achievement. So keep fighting. At some point, baruch Hashem [thank God], it gets better.”

A man who gets things done

After the army, Ben Zeev worked for the Likud political party until he was about 28.

His physician, Prof. Itamar Raz, now head of the Israel National Council of Diabetes, spotted potential in Ben Zeev. “He saw that I knew how to get things done.”

When Raz founded the D-Cure Fund in 2004 to advance diabetes research in Israel and abroad, he asked Ben Zeev to be its CEO.

“I can’t say I did very well,” he admits. “I didn’t even speak English then.”

But his one-year stint at D-Cure sparked a life-changing interest in medical technology.

In 2006, Ben Zeev joined LifeWave, a connected health solution that produced a device for treating diabetic wounds. As chief operating officer, he was instrumental in taking the company public on the Tel Aviv Stock Exchange.

His next venture was cofounding LabStyle Innovations. Its flagship product was MyDario, a compact glucose meter connected to mobile devices through a diabetes management app.

“It was the first time an iPhone was used as a medical device,” says Ben Zeev, whose business model was to sell test strips for the glucometer.

Although MyDario won awards  for its revolutionary approach, ultimately what survived was the app rather than the device.

In 2016, two years after Ben Zeev sold his share, the company was renamed DarioHealth and its new owners created a widely used digital platform for managing chronic health conditions.

“Then I met Dr. David Baram and we founded three companies: MyBiotics,  [a microbiome pharmaceutical company]; Smartzyme Biopharma, [a diagnostics and therapeutics company that builds advanced tools for protein engineering]; and Emendo Biotherapeutics, [which develops gene editing tools for genetic disorders]. We sold Emendo last year in a deal orchestrated by David, and he remains its CEO.”

Speaking to ISRAEL21c from his family car in Australia, Ben Zeev says he is now focusing solely on Emulait, a startup he founded less than a year ago.

Emulait is developing a system for 3D-printing customized pharma-grade silicone nipples for baby bottles that are a biomimetic replica of the nursing mother’s breast in shape, texture and color.

To understand why Ben Zeev is in Australia talking about breastfeeding, we must explain something about his personal life.

At the age of 38, Ben Zeev was often in New York on business. In 2013, three different people urged him to meet a woman who had just moved to Israel from Australia.

“I traveled back from New York to Israel to meet her in 2013, and we got married a year later,” he says.

Shilo and Tamar Ben Zeev now reside mostly in Australia – he also has a permanent residence in Nevada – with their daughters Amalia, six and a half, and Rahni, three.

“I share with Tamar everything, and she gives me advice — most of the time good advice,” he jokes.

“No, it’s just that sometimes he listens and sometimes he doesn’t,” his wife chimes in from the passenger’s seat.

Emulait grew out of Amalia’s troubles switching between breast and bottle. This not uncommon problem of “nipple confusion” happens because the infant finds it difficult to adapt to sucking differently from a natural and a faux nipple.

Seeing his baby and wife suffering – Amalia even endured a surgical orthodontic procedure to improve her latching ability – led Ben Zeev to seek a way to scan a woman’s nipple and print one exactly like it for a baby bottle.

Following years of research, Ben Zeev developed an app that does just that.

“It will help the 20 percent of babies with nipple confusion and will also help mothers who go back to work,” he says. “Any caregiver can feed the baby with the Emulait feeding system while mother is at work, and the mother can still breastfeed when she returns, providing breast-bottle transition ease for the baby.”

Emulait is moving into the production phase, and raising funds, with an eye toward launching around March.

“If you have an idea and did your research and know it’s right, don’t let anyone tell you that you’re wrong,” Ben Zeev counsels, based on personal experience.

Many times, potential investors ushered Ben Zeev out the door after asking about his background.

“I could feel their disrespect back then. But I climbed and climbed until someone listened to me. Today if I call VCs, they are respectful — but it took 22 years. There is no question that becoming an entrepreneur with no background is very hard and you have to work much harder,” he admits.

Although he remains estranged from his father, who never believed in him, Ben Zeev takes full responsibility for his own failures and successes.

“Don’t blame anyone,” he says. “Keep striving. If you believe in what you are doing, just do it.”​