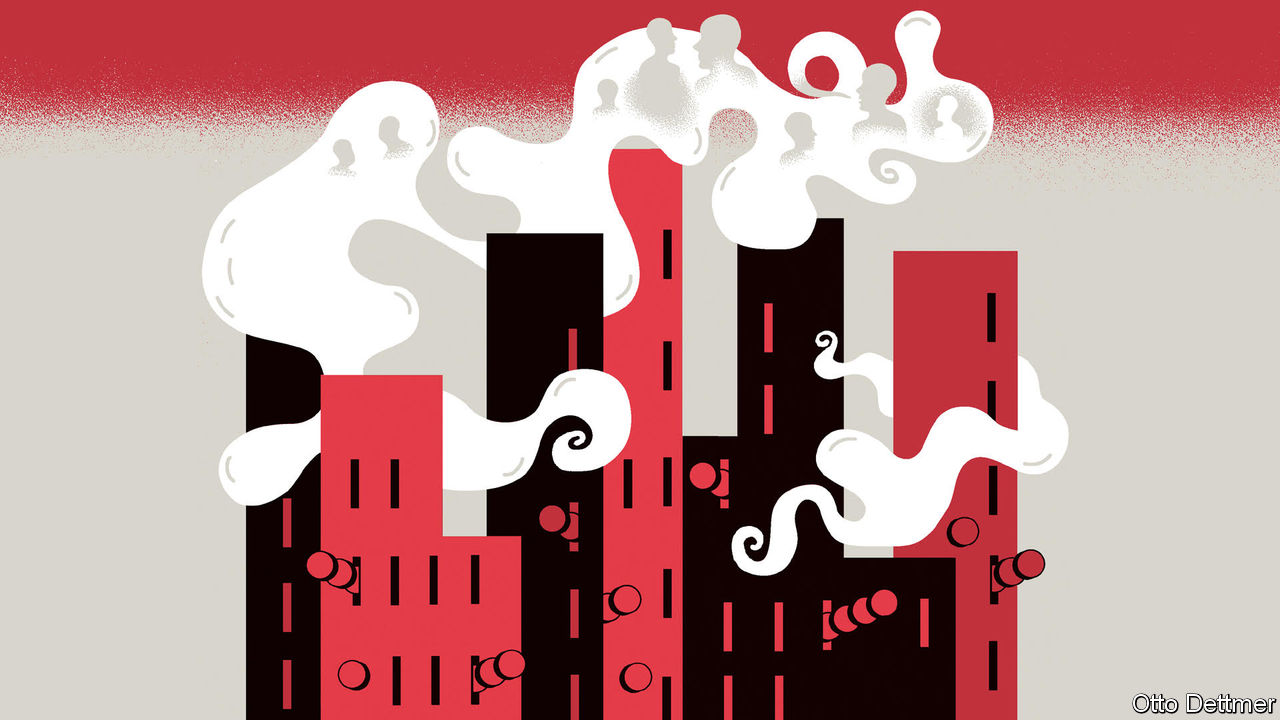 When russia invaded Ukraine, tangible things at first seemed all too important. Bombs and bullets were what mattered; commodity markets were roiled; supply chains were upturned. As the war has gone on, however, intangible factors have asserted their importance, too. The managerial and logistical know-how of the armed forces on either side, as well as technological advantages, like Ukraine’s deployment of Bayraktar drones, have altered the course of the war. So too has the goodwill that Ukraine has attracted from people around the world, which has in turn led foreign governments to lend the country more support.

The idea that intangible assets, though hard to see and measure, are critically important to foster, is the main message of a new book by Jonathan Haskel, a Bank of England policymaker, and Stian Westlake of Britain’s Royal Statistical Society. “Restarting the Future” is their second book. The first, “Capitalism Without Capital”, published in 2017, argued that the economics of intangible assets helped explain stagnating economic growth and rising inequality. The new book goes a step further, asking how the bottlenecks holding investment in intangibles back might be loosened—thereby fostering a more efficient and faster-growing economy. Their work is part of a wave of writing on the future pace of growth, which includes Dietrich Vollrath’s “Fully Grown” and Robert Gordon’s “The Rise and Fall of American Growth”.

Intangible investment includes the research and development conducted by firms, as well as things like marketing, design and branding. In the late 1990s, by some measures, spending on intangibles in America overtook investment in tangible plant and equipment. But the pace of spending has slowed since the financial crisis. The authors note that annual growth in intangible capital in rich countries tended to be around 3-7% between 1995 and 2008. Over the subsequent decade, however, it barely surpassed 3% in any single year. That did not just reflect slower economic growth. Intangible investment also stopped rising as a share of gdp, which poses something of a conundrum, considering that corporate profits were strong. Although the burst of overall investment in the past year or so has been impressive, cross-country data on intangibles are not yet available. Nor is it clear that the investment surge has done enough to alter the sluggish trend.

The nub of the problem, say Messrs Haskel and Westlake, is that the economic and financial arrangements that exist to support investment are geared towards spending on capital goods, not intangibles. They point out that bursts of economic growth, such as those in medieval Italian city states and in China between the 10th and 13th centuries, have often faded precisely because institutions failed to generate the right incentives and activity.

Part of the solution this time, say the authors, is to encourage the financing of investment in intangibles. A study by the oecd, which looks at 29 developed economies from 1995 to 2015, suggests that intangible-heavy sectors are more productive in places with more developed financial systems, where they can access finance more easily. Differences in financial development, as measured by a combination of equity-market capitalisation and total credit to gdp, can explain why annual labour-productivity growth in a sector like computer equipment (where two-thirds of assets are intangible) has been a percentage point higher in more financially developed countries like Japan than in places like Portugal.

Venture capital (vc) has been a preferred source of equity funding for firms conducting the most intangible activity, such as biotechnology and consumer-tech. But that has been disproportionately available to American companies with a plan for extremely rapid growth. In many parts of the world, a lot of business investment is still debt-financed, and more dependent on the use of physical assets as collateral.

America’s vc industry took off after pension funds were allowed to invest in less liquid investments in 1979. That may help explain why business investment in America has held up better than in many other places. The authors therefore advocate for larger investment vehicles that pool risk for individual lenders elsewhere in the world, like the Long-Term Asset Fund launched in Britain last year, which helps pension funds gain exposure to long-term illiquid assets. Ending the tax advantages of debt financing by removing the tax deductibility of interest payments, say, would help level the playing-field between tangible and intangible investment.

Other prescriptions relate to how and where investment occurs. Patent law, for instance, should not prevent the combination of existing ideas. More important still is the role of cities, which, the authors note, are cauldrons of intangible investment: they make it easier to form the relationships that make intangibles happen, encourage new ideas and create a larger pool of beneficiaries when investments spill over. Making cities work, therefore, with better land-use and zoning policies, is vital.

“Restarting the Future” may be emblematic of a shift in economists’ thinking on growth. In the 2010s debates raged over how best to address persistent shortfalls in demand. In the inflationary-looking 2020s, the emphasis is on unleashing the economy’s supply potential. But where researchers such as Mr Gordon and Mr Vollrath regarded the bursts of rapid growth in the 20th century as the exception, not the rule, Messrs Haskel and Westlake are more hopeful of a return to headier rates of growth.

Mr Gordon argued that the digital economy was a busted flush when it came to growth; Mr Vollrath saw slower growth as a symptom of economic success, a larger services sector and reduced geographic mobility. By presenting solutions, “Restarting the Future” offers a more optimistic vision—as long, that is, as governments follow its advice. ■

Read more from Free Exchange, our column on economics:
The world needs a new economic motor. Could India fit the bill? (May 14th)
Why long-term economic growth often disappoints (May 7th)
How would an energy embargo affect Germany’s economy? (Apr 30th)

For more expert analysis of the biggest stories in economics, business and markets, sign up to Money Talks, our weekly newsletter.