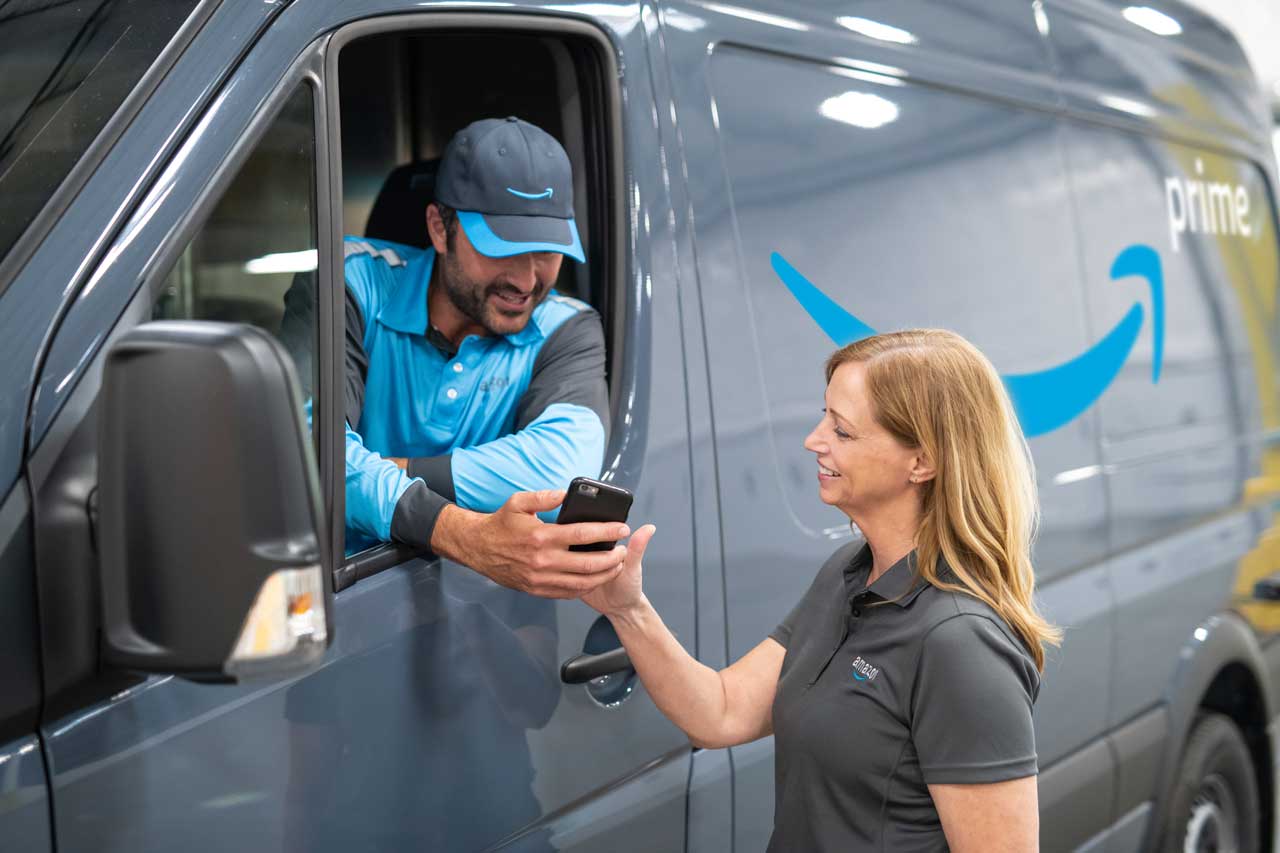 Amazon (NASDAQ:AMZN) has generated massive multibagger gains since its initial public offering (IPO) on May 15, 1997. The stock went public at $18, or a split-adjusted price of $1.50 per share. If you had invested just $5,000 in that IPO, your stake would be worth nearly $11.4 million today.

Investors might be kicking themselves for missing out on those life-changing returns, but Amazon has also generated multibagger gains for investors who bought shares long after it became the 800-pound gorilla of the e-commerce market. In fact, a $5,000 investment in Amazon on the first trading day of 2015 would still be worth about $55,000 today.

Let’s see why Amazon experienced such a growth spurt over the past seven years, and if that momentum will continue in the future.

2015 marked an inflection point for Amazon because the company finally started breaking out Amazon Web Services’ (AWS) revenue and operating profits in its quarterly reports.

Amazon launched the first version of AWS in 2002, but investors didn’t know how fast the cloud infrastructure platform was actually growing or if it was even profitable. Amazon answered both questions in the first quarter of 2015: AWS was generating high-double-digit percentage revenue growth, with much higher operating margins than its e-commerce business.

With that revelation, Amazon’s long-term strategy became clear: It could support the expansion of its lower-margin retail business with its higher-margin cloud business. That business model enabled Amazon to expand its retail business by launching new perks for its Prime members, selling cheap hardware devices, opening new brick-and-mortar stores, and pursuing other loss-leading strategies to tether more shoppers to its ecosystem.

That’s why Amazon aggressively rolled out its Echo speakers across the U.S. in 2015, why it bought Whole Foods Market in 2017, and why it continues to launch new hardware devices and fund the development of new streaming content and video games for Prime members.

AWS controlled 32% of the global cloud infrastructure market in the third quarter of 2021, according to Canalys. Microsoft‘s Azure ranked second with a 21% share, while all of the other competitors held single-digit slivers of that growing market. 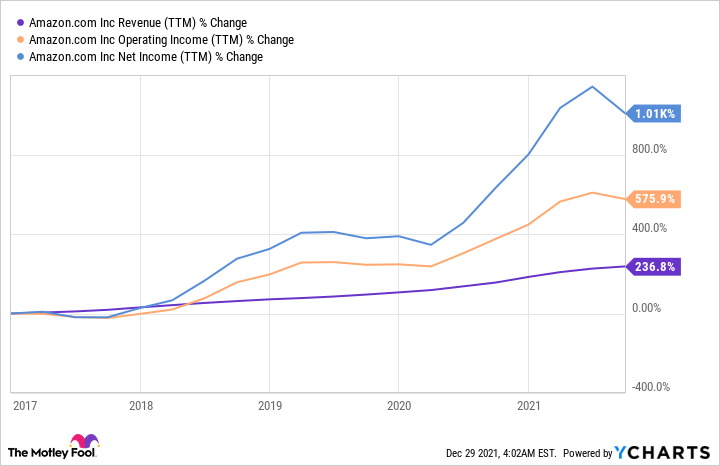 Without AWS, Amazon probably wouldn’t have been able to consistently sell its products at low prices or expand its Prime ecosystem to lock in more than 200 million paid members worldwide.

Simply put, it’s the bedrock of Amazon’s business, and gives it a killer advantage against other retailers. That’s probably why Jeff Bezos chose Andy Jassy, the CEO of AWS at the time, to be his successor in early 2021.

But will Amazon maintain its momentum?

The past seven years were transformational for Amazon, but its stock has only risen about 4% over the past 12 months as investors fretted over the decelerating growth of its retail business in a post-pandemic market. Amazon’s commitment to ramping up its investments in new digital media projects also sparked concerns about its near-term earnings growth.

With a market cap of $1.7 trillion, I think it would be very difficult for Amazon to replicate its multibagger gains of the past seven years. That said, I still believe Amazon could double in value over the next few years as AWS continues to expand and lock in more businesses — and that expansion should feed the continued growth of its retail and Prime ecosystems. In other words, Amazon is still a rock-solid core holding for long-term investors.