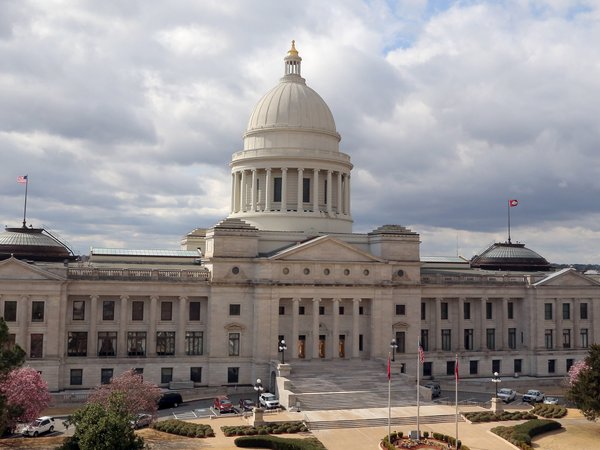 System Executive Director Duncan Baird is departing Friday to start work as a senior manager of benefit services at Walmart, where he will be responsible for administering Wal-Mart’s 401 (k) plan. He has been the system’s executive director for the past three years.

Woods has been the deputy director at the retirement system since November 2020 and has worked at the system for more than 17 years. She previously served as the system’s director of benefits administration.

The system’s trustees on Tuesday voted to send a letter to the state Office of Personnel Management Administrator Kay Barnhill that states the system’s director position will be vacant of as of Monday because of a resignation and the system “intends to advertise and fill this position as soon as possible.”

The trustees also voted to approve a job description for the system’s director post.

According to the job description, the minimum education and/or experience for the position includes a bachelor’s degree in business administration, accounting, finance, economics, public administration or a related field and five years of executive experience reporting directly to corporate or public leadership, including three years in a supervisory or managerial capacity.

The preferred qualifications for the executive director’s post include professional accounting/financial licensure, three or more years working with investments or retirement systems, and/or an advanced degree in business administration, accounting, finance, economics, public administration or related fields, according to the job description. The successful candidate must demonstrate leadership qualities, highly effective written and oral communication skills and a passion for customer service.

Baird is paid $165,396 a year as the executive director of the public employees retirement system, according to the Arkansas Transparency website.

During its meeting Tuesday, the board didn’t set a salary for Woods as interim executive director.

Afterward, Baird said “based on the Board action [Tuesday], I’m preparing a letter to OPM requesting that Allison fill the director position on a temporary basis as interim director beginning [Monday].

Woods’ salary as the system’s deputy director is $113,580 a year, according to the Arkansas Transparency website.

Board Chairwoman Candace Franks on Tuesday appointed a five-member search committee to screen applicants for the executive director position and select candidates for the board to consider for the job.

Franks, who is the state’s retired bank commissioner, said she expects the search committee to recommend three or four candidates for the full board to consider for the executive director job.

In an interview, Kerr confirmed his interest in the system’s executive director post and said he would probably apply for the job.

He said he is currently a business consultant for insurance companies.

Kerr acknowledged he doesn’t have a bachelor’s degree because he dropped out of college to run the family grocery store, but he believes his 40 years of experience in private industry and public office should count for at least four years of college.

“I have handled retirements for a lot of people,” he said. “We’ll have to wait and see what the board thinks.”

Kerr served as the state’s insurance commissioner from 2015 until March 2020 and from 2009 until 2015 as a Republican state representative. He noted he served as co-chairman of the Joint Committee of the Public Retirement and Social Security Programs.

Baird served as a Republican state representative from Lowell from 2009-2015 and spent the last two years of his term as a co-chairman of the Joint Budget Committee. In 2014, he lost a bid for the Republican nomination for state treasurer to Benton Republican Dennis Milligan, who has served as the state treasurer since 2015.

Baird served a stint as the budget director in Hutchinson’s office before he was promoted to state budget administrator in June 2015.

In 2019, the trustees for the public employees retirement system hired Baird as the system’s executive director over the system’s chief investment officer Carlos Borromeo and actuary Jody Carreiro.

As to whether Hutchinson has any suggestions to the system’s board on who it should hire to fill the executive director post, Hutchinson spokeswoman Shealyn Sowers replied Tuesday, “Not at this time.”

Act 686 of 2021 expanded the system’s board of trustees from nine to 13 members, with the House speaker and Senate president pro tempore each appointing two retired system members. One of the two appointees for each legislative leader is required to be a retired law enforcement officer who is not in the Arkansas State Police Retirement System.