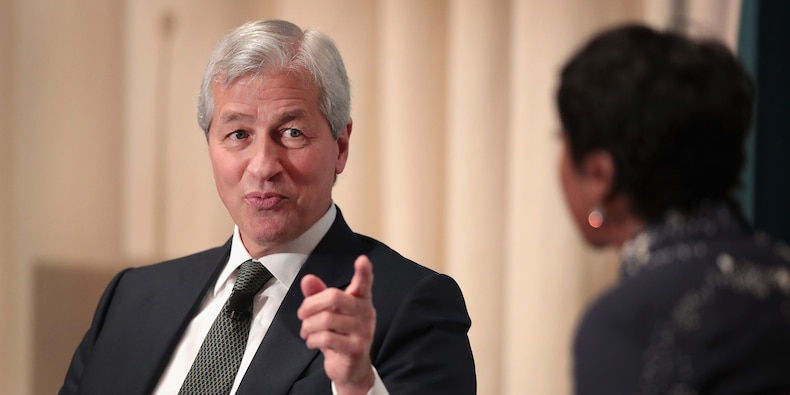 Jamie Dimon, chairman and CEO of JPMorgan Chase, once again reiterated his opposing stance on cryptocurrencies in a recent September interview.

“I think if you borrow money to buy bitcoin, you’re a fool,” the JPMorgan boss told Times of India. “I don’t really care about bitcoin … I am not a buyer of bitcoin.”

Dimon said “people waste too much time and breath” on the digital asset, which has seen a 50% gain year to date and hit an all-time high of nearly $65,000 in April. It is trading around $43,000 as of Monday afternoon ET.

The executive did clarify that his lack of interest isn’t connected to bitcoin’s possible price rally.

“This does not mean it can’t go 10 times in the next five years,” he told Times of India. “But I don’t care about that.”

He also said cryptocurrencies will be regulated because “governments regulate just about everything.”

Indeed, the US Securities and Exchange Commission, under the leadership of Gary Gensler, has doubled down on its cryptocurrency clampdown. Gensler – who has called for cryptocurrencies to be regulated as securities – last week called the space a “Wild West” and compared stablecoins to poker chips.

The comments from Dimon, who has been at the helm of the bank since 2005, are already familiar to the industry.

In May, he blasted cryptocurrencies as inferior to traditional assets and warned people against buying them. He also urged lawmakers to regulate the rapidly growing, yet nascent space more closely.

In 2017, he called bitcoin a “fraud” and threatened to fire employees who traded bitcoin. While Dimon later expressed regret for that remark, he said he still was not interested in the cryptocurrency at all.

Despite this, JPMorgan in July of this year became the first big bank to give retail wealth clients access to cryptocurrency funds, a milestone for the space.

Rival banks such as Goldman Sachs, Morgan Stanley, and Bank of America have since followed with their own cryptocurrency services and offerings.