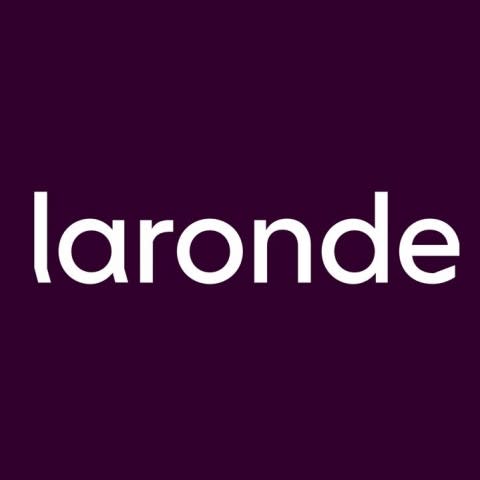 CAMBRIDGE, Mass., November 01, 2021–(BUSINESS WIRE)–Laronde, the company pioneering Endless RNA™ (eRNA) – a novel, engineered form of RNA that can be programmed to express therapeutic proteins inside the body – today announced that two senior industry leaders, Sheri McCoy, and Pablo Cagnoni, M.D. have been appointed to the company’s board of directors. Together, they bring deep experience driving research, development, and commercialization of life-saving medicines from some of the most prestigious global pharmaceutical companies.

“At Laronde, we are advancing a powerful new therapeutic modality with Endless RNA. To realize the full potential of our technology platform, we must build a world-class organization to deliver future essential medicines to patients around the globe,” said Diego Miralles, M.D., Chief Executive Officer of Laronde. “On the heels of our successful Series B financing, we are excited to welcome Pablo and Sheri to our board of directors. The caliber of experience they bring is invaluable as we scale the next phase of strategic growth and build a company with high impact in the world.”

Ms. McCoy spent 30 years at Johnson & Johnson (J&J), ultimately serving as Vice Chairman of the executive committee responsible for the pharmaceutical and consumer businesses, comprising more than 60 percent of the company’s revenues. She joined J&J as a research and development scientist and later managed businesses in every major product area, including consumer, pharmaceuticals, and medical devices. Following her tenure at J&J, Ms. McCoy served as Chief Executive Officer of Avon, a global leader in personal care. Currently, she serves on the boards of several industry-leading companies, including AstraZeneca and Stryker, and is a healthcare industry advisor for EQT Partners.

Ms. McCoy holds a bachelor’s degree in textile chemistry from the University of Massachusetts Dartmouth, a master’s degree in chemical engineering from Princeton University, and a master’s degree in business administration from Rutgers University. She holds four U.S. patents and has been on Fortune magazine’s “50 Most Powerful Women in Business.” In August 2012, Forbes magazine recognized her as the 39th most powerful woman in the world.

“Laronde has assembled a group of talented trailblazers who are advancing a truly unique therapeutic platform and building a world-class organization to support their bold ambitions,” said Ms. McCoy. “We’ve all seen the power of RNA-based therapeutics. The potential of Endless RNA is far-reaching, with applications that may replace or augment many drug modalities currently in use. It is an honor to work alongside their team as they build an industry-leading biotech company.”

Dr. Cagnoni continued by saying, “The team at Laronde is tackling the development of eRNA in a truly multi-faceted and differentiated way that is not limited to the confines of traditional drug development. Laronde’s technology has the potential to usher in a new era of RNA-based therapeutics that are highly programmable, capable of producing persistent expression of therapeutic proteins inside the body, allow repeat redosing, and multiple routes of administration. I’m excited to join the board at this pivotal time to explore new and innovative ways to treat complex diseases.”

Over the course of his career, Dr. Cagnoni played a key role in the development and commercialization of more than 20 life-changing treatments, including Afinitor®, Kyprolis®, and Tarceva®. The oncologist and pharmaceutical executive is currently President and Chief Executive officer of Rubius Therapeutics. Previously, he served as President and Chief Executive Officer of Tizona Therapeutics, a privately held biotech company focused on developing next-generation immunotherapies for the treatment of cancer. In 2020, Gilead Sciences secured an exclusive option to acquire Tizona for up to $1.5 billion. Previously, Dr. Cagnoni was President of Onyx Pharmaceuticals, an Amgen subsidiary. Earlier in his career, he held senior leadership roles at Novartis Oncology, Allos Therapeutics (acquired by Spectrum Pharmaceuticals), and OSI Pharmaceuticals (acquired by Astellas).

Ribonucleic Acids, or RNAs, play a significant role in biology. Among their functions, they provide the “code” that instructs cells to produce or regulate proteins, the building blocks of life and important regulators of disease processes. Because RNAs provide coded instructions to cells, they can be programmed to produce specific effects. This approach has been validated by the successful development of several important RNA-based medicines, but RNA’s potential as a drug development modality has just begun. Endless RNA™, or eRNA, was invented at Flagship Labs and is a new class of synthetic, closed-loop RNA. Because eRNA has no free ends, it is not recognized by the immune system and is very stable, enabling a long duration of protein expression. In addition, eRNA can serve protein-coding and non-protein-coding functions, and its protein translation capabilities are completely modular — switching an eRNA “protein sequence cassette” enables the expression of a different protein or multiple proteins that can be tuned as needed on an application-by-application basis.

Laronde is pioneering a platform that offers a completely novel way of modulating human biology. Endless RNA™ (eRNA), invented at Flagship Labs, is a uniquely engineered RNA that can be programmed to express diverse proteins inside the body. It is persistent, non-immunogenic, allows for repeat dosing, and offers flexibility in formulation and delivery. Laronde was founded in 2017 by Flagship Labs, the innovation foundry of Flagship Pioneering. The company is rapidly scaling to support the parallel development of multiple programs across many disease areas. To learn more, please visit the company’s website at https://www.laronde.bio/ or Twitter and LinkedIn.