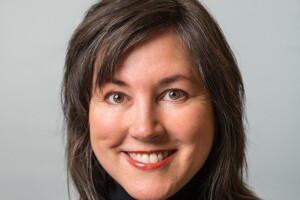 Ron Moelis, the firm’s founding director and CEO since 1984, moves to chairman of the company and will remain engaged in the strategic direction of L+M and its affiliated companies.

“I am honored to lead a company that has always stood out as an industry leader for all the right reasons: We invest in and partner with the communities where we build, we set national standards for public-private partnerships and sustainability, and we work to make a difference every day in the lives of residents,” Gomez said in a statement. “For more than 35 years, Ron has exemplified this approach, and I cannot thank him enough for his partnership and confidence in me. He has always done things the right way, and his leadership has inspired every member of our staff.”

Gomez added that she is focused on continuity and growth heading into the new year. The New York-based firm ranked No. 17 on Affordable Housing Finance’s list of top 50 developers and No. 21 on the list of top 50 owners in the nation last year.

In conjunction with this transition, L+M launched a new affiliated platform, LMXD, which will focus on expanding the company’s active mixed-income and market-rate development business. Led by L+M partner David Dishy, the LMXD team will oversee projects such as Essex Crossing on Manhattan’s Lower East Side; Banner Lane in Washington, D.C.; the planned redevelopment of the New Jersey Performing Arts Center in Newark, New Jersey; the National Black Theater redevelopment in Harlem; and ongoing mixed-income work in various other communities.

As CEO, Gomez will oversee L+M’s work in pursuing affordable housing development opportunities. The firm’s current projects include the Urban League Empowerment Center, a Harlem development that features a new headquarters for the National Urban League and New York City’s first civil rights museum, and Bronx Point, a mixed-use project in the South Bronx that will house the Universal Hip Hop Museum.

She will also steer L+M’s preservation work in partnership with the New York City Housing Authority (NYCHA) through the federal Rental Assistance Demonstration program. Gomez will also oversee L+M Builders, one of the most active construction companies in the New York City metropolitan area, which will continue to be led by president Gerald Miceli. She also will oversee C+C Apartment Management, L+M’s property management affiliate, which manages 18,000 apartments across the tri-state region.