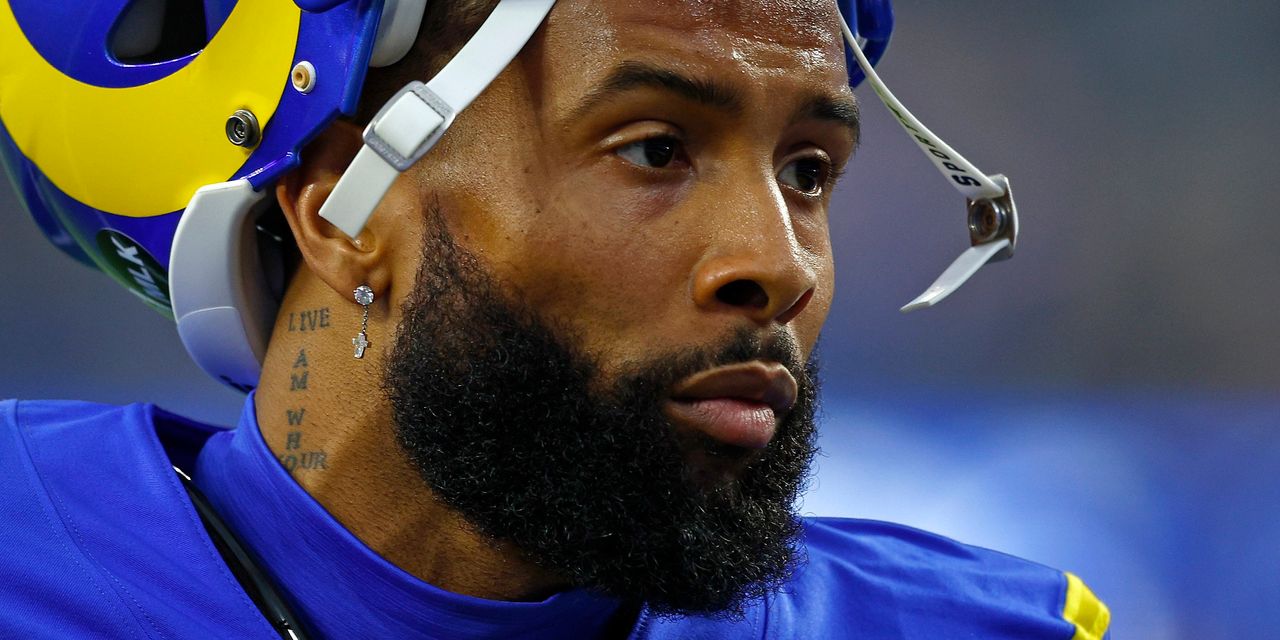 Los Angeles Rams wide receiver Odell Beckham Jr. made headlines last November when he announced he would be converting his 2021 salary into bitcoin.

The problem for Beckham: that bitcoin
BTCUSD,

prices have been plummeting.

Cryptocurrencies including bitcoin and ethereum
ETHUSD,

This is bad news for crypto investors and for Beckham, who claimed to be converting $750,000 into bitcoin in a deal with the Block Inc.
SQ,

The Action Network is reporting that the deal was made on Nov. 12, a week after the veteran receiver’s release by the Cleveland Browns and a day when a bitcoin cost $64,158, according to CoinDesk — the price is down 46.55% since that time.

Based on Monday’s bitcoin prices, and assuming that Beckham did convert a lump sum of $750,000 into bitcoin when the deal was made in November, that salary would now be worth about $401,500, and, despite the drop in value, he would still have to pay taxes on income as provided to him at its $750,000 value.

In addition to federal income tax, Beckham would have to pay state income tax in California, where the Rams play and which has one of the highest state income-tax rates in the country. State income-tax brackets indicate the upper reaches of his income qualify for a 12.3% tax rate, which kicks in at $625,370. (His overall compensation, including a signing bonus and incentives, was reported to be worth as much as $4.25 million.)

Because it is not known whether Beckham moved the $750,000 sum all at once into bitcoin or spread it over multiple conversions, it’s difficult to pinpoint an exact dollar figure for Beckham’s losses. If the deposit was made on Nov. 12, that investment is now worth around $35,000 after federal and state taxes, according to Darren Rovell of the Action Network and formerly of ESPN and CNBC.

What can be reliably determined, though, is that Beckham would have been better off accepting his salary in U.S. dollars.

Representatives for Beckham did not verify the terms of Beckham’s bitcoin investment to MarketWatch.

Beckham joined a roster of NFL players who have accepted payment in cryptocurrency or who have converted portions of their salaries, including Saquon Barkley, Trevor Lawrence and Russell Okung.

The sliding prices for cryptocurrencies come as panic-like selling emerged on Monday on Wall Street, with the stock market tumbling and the Dow dropping over 1,000 points as of midafternoon, before a dramatic late-day comeback turned all three main U.S. stock benchmarks
DJIA,