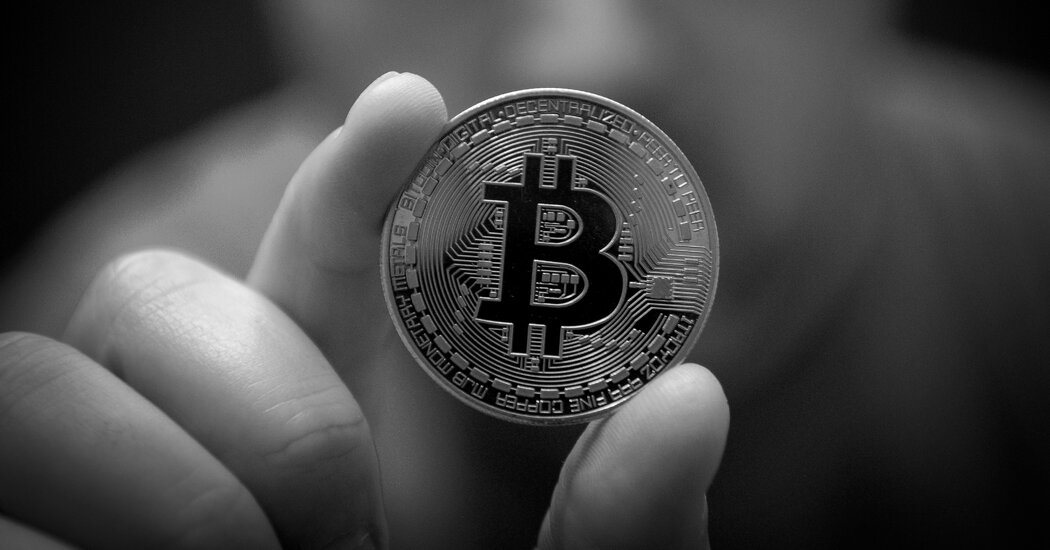 Josh Mandel, a Trump disciple seeking the Republican Senate nomination in Ohio, recently tweeted out what he stands for: “Ohio must be a pro-God, pro-family, pro-Bitcoin state.” Indeed, there has long been a strong connection between support for Bitcoin and right-wing extremism — like the traditional association between conservatism and an obsession with gold, only more so.

So what’s that about?

Now, the fact that many Bitcoin enthusiasts say bizarre things does not, in itself, mean that cryptocurrencies are a bad idea. People can support the right things for the wrong reasons. I’m sure, for example, that many people accept the scientific consensus on, say, vaccine effectiveness not because they value peer-reviewed research but because they are impressed by people in lab coats who use big words.

Still, it does seem important to understand the cultish aspects of the cryptocurrency movement.

First, however, a bit (ahem) about the economics.

I still sometimes encounter people who say that we live in a digital age, so we should be using digital money. But we already do! Like many people, I pay for most things by clicking a mouse, tapping my debit card or pressing a button on my phone. I used to keep singles in my wallet to buy fruit and vegetables from New York’s ubiquitous sidewalk stands, but these days even they often accept Venmo.

All of these payments, however, depend on trusting a third party: People accept debit cards, Apple Pay, Venmo and so on because they’re linked to a bank account. Bitcoin’s whole purpose, as laid out in its original 2008 white paper, was to remove the need for that kind of trust: It would validate payments using methods related to cryptography — coded communication. The goal was to create a peer-to-peer system of payments independent of financial institutions.

But why do this? Are banks that untrustworthy? I’ve been in many meetings in which crypto skeptics ask, as respectfully as they can, for simple examples of things you can do better or more cheaply with cryptocurrency than via other forms of payment. I still haven’t heard a clear example that didn’t involve illegal activity — which may, to be fair, be easier to hide if you use crypto.

And the truth is that although Bitcoin has been around a long time by internet standards — 13 years! — it and other cryptocurrencies have made hardly any inroads into the traditional role of money, as a medium of exchange used to purchase goods and services. Hard numbers are scarce, but it looks as if a vast majority of cryptocurrency transactions involve market speculation rather than the ordinary business of life.

Yet Bitcoin and its rivals now have a combined market valuation of more than $1 trillion. What do investors think they’re buying?

One answer is protection against the perennial fear that governments will inflate away all your wealth — as a recent Bloomberg article put it, some billionaires are buying crypto in case money “goes to hell.” Indeed, there have been 57 hyperinflations in the world that we know about. However, they all took place amid political and social chaos; do you really think that in such an environment you’d be able to get online and cash in your Bitcoins?

There’s also FOMO — fear of missing out. Bitcoin has hit a sort of marketing sweet spot: It sounds high-tech and futuristic while also playing to political paranoia. The resulting capital gains have led many apolitical investors to feel that they need to get in on the game, while also probably inducing public figures like Eric Adams, New York’s new mayor, to talk up Bitcoin because they imagine it makes them appear forward-looking.

But do the confused rationales for Bitcoin mean that it’s destined to implode? Not necessarily. After all, gold stopped functioning as a medium of exchange generations ago, yet its value hasn’t collapsed. And we shouldn’t discount the importance of illegal activity. There’s about $1.6 trillion worth of $100 bills in circulation — 80 percent of all U.S. currency — even though large-denomination bills are very hard for ordinary consumers to spend. What do you think people are doing with all those Benjamins?

But let’s leave market predictions aside and ask what’s with the deepening alliance between Bitcoin and MAGA?

The answer, I’d argue, is that Bitcoin was supposed to create a monetary system that functions without trust — and the modern right is all about fostering distrust. Covid is a hoax; the election was stolen; California’s forest fires had nothing to do with climate change, and they were started by Rothschild-controlled space lasers.

In this context it’s perfectly natural for MAGAesque politicians to demand an end to a monetary system that runs through banks — we know who controls them, right? — and rests on a currency that’s managed by government-appointed officials. There’s no evidence of widespread monetary abuse, but that doesn’t matter on the extreme right.

The point, then, is that while there are real economic issues associated with cryptocurrencies, their rise has a lot to do with the broader political madness that has American democracy on the brink.