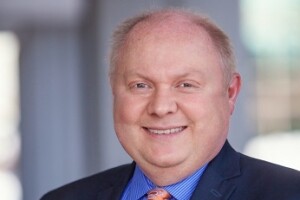 Blake Blanch has been named executive vice president and chief operating officer (COO) and Melissa Tichenor has been named chief financial officer (CFO) at Kittle Property Group, a leader in the development, construction, and management of multifamily homes.

Since 2016, Blanch has served as senior vice president–finance at the Indianapolis-based firm. In his new role, he will oversee all of the company’s finance, compliance, and information technology departments as well as manage Eagle Capital Co., a division of Kittle Property Group. Prior to joining the firm, Blanch was CFO of the Indiana Housing and Community Development Authority and had previously served as CFO of the Indiana Finance Authority.

In this newly created role, Luong will be responsible for the overall oversight of real estate development, portfolio and asset management, property management, compliance, evaluation and resident programs, and community development, providing day-to-day leadership and management in accordance with BRIDGE’s mission and core values. BRIDGE is a leading nonprofit developer, owner, and manager of affordable housing in California, Oregon, and Washington.

Prior to joining BRIDGE, she was the chief investment officer of Gehr Hospitality, where she oversaw the firm’s hotel portfolio with a focus on expansion and led the sourcing, acquisition, financing, and asset management of existing and future investments.

Luong has also worked at the Laurus Corp., Credit Suisse Bank, and Deutsche Bank Securities. She also served on the board of affordable housing nonprofit A Community of Friends.

In another move, Erik Lund has been promoted to vice president of finance and accounting and joins the organization’s senior leadership team.

Lund joined BRIDGE in 2016 as property management controller and was named corporate controller in 2019. As vice president, he will continue his role as corporate controller with significant new responsibilities, including leading the finance team, building out forecasting capabilities, managing internal lending, and analyzing and executing Treasury and investment strategies.

Prior to BRIDGE, Lund spent seven years at Novogradac & Co., where he provided audit and tax return services for clients in the affordable housing, nonprofit, and real estate industries.

Diana DiPreta has joined Beacon Communities as senior vice president, development finance. She will work closely with the firm’s development and acquisition teams across their offices in Albany, New York; Boston; and Pittsburgh.

In her new role, DiPreta will structure debt and equity, negotiate term sheets and agreements, and take part in implementing finance transactions. In addition, she will be responsible for developing and refining pro forma models of forecasted revenue, expenses, and tax credit basis used for structuring low-income housing tax credit financing and associated lending products as well as streamlining negotiated terms and finance processes across new development offices.

She most recently served as senior vice president at WNC in New York. She brings additional experience from prior roles at Bank of America Merrill Lynch, Santander, and Blackheath Financial.

Prior to her promotion, de Vaca was executive vice president, human resources and training, for two years. In her new role, she will continue to oversee talent acquisition, total rewards, employee relations, and learning and development. She will also continue to play a pivotal role in shaping Beacon’s response to the challenges of the COVID-19 pandemic related to work function and processes. Additionally, she will ensure that Beacon successfully navigates the various organizational development and labor market needs inherent with the company’s continued growth.

Ben-Avie has been with Beacon Communities for over four years. In his new role, he will support Beacon’s COO and will lead the execution of special project initiatives across the company. He started at the firm as an intern before climbing the ranks as a business process analyst and director of special projects.

Pennrose has announced title changes among its principal leadership to better reflect the evolution of the responsibilities of each. Mark H. Dambly has been named CEO, responsible for guiding the strategic direction of the company’s shared services departments, property operations, and company culture. Timothy I. Henkel has been named president and will be responsible for all companywide development activities. His direct reports will include all development senior vice presidents and regional vice presidents. Richard K. Barnhart remains executive chairman, continuing to oversee the debt, equity, legal/compliance, and asset management functions of the organization.

“As we look to Pennrose’s future, the growth of our senior executives continues to be a priority,” said Barnhart. “These changes will enable each of us to focus our responsibilities as we move through the next phase of our organizational development and allow others to advance.”

Pennrose leadership is engaged in developing a new strategic plan to guide initiatives and tactics for the next four years. The primary areas of focus of the plan are growth and diversification, human capital, companywide succession planning, and DEI.

“Through the collaboration of a talented team of development professionals, we have expanded the production of affordable housing units in new markets and have grown the development team by more than 30 individuals. We will continue our commitment to local and regional development leadership,” said Henkel. “We are honored to help the entities we are partnering with achieve their housing goals for low-income individuals and families.”

Headquartered in Philadelphia, Pennrose develops and operates conventional, affordable, mixed-income, and mixed-use communities throughout the U.S.

Lymaris Albors has been appointed CEO of Acacia Network, a leading provider of social services and the largest Hispanic-led nonprofit in New York state. She takes over the role after many years as COO and executive vice president.

As her first order of business as CEO, Albors announced that, in keeping with her commitment to organizational capacity-building and quality improvement, she has brought on two additional members to the executive team in newly created roles. Luis Trinchet will serve as chief housing officer, and Dr. Jessica Sessions will serve as population health director to lead key initiatives in the areas of housing and health care.

At Acacia Network, Albors has been a change agent committed to strategic growth, financial sustainability, and operational excellence. In addition to paving the way for networkwide integration and organizational restructuring during a period of exponential growth, she spearheaded Acacia Network’s expansion to Puerto Rico as well as its footprint in housing and arts and culture.

Sessions will also serve as medical director for Acacia Network’s Ramon Velez Health Center in the Bronx, a Federally Qualified Health Center. She brings nearly two decades of experience as a practitioner and administrator in the health care field, including 16 years at the William F. Ryan Community Health Center in the Upper West Side.

Raul Russi, who has helmed Acacia Network for two decades, will remain as president to concentrate on expanding its affordable housing portfolio and other key strategic initiatives. The announcement coincides with Russi’s 20th anniversary with the organization

Sadie McKeown has been promoted to president of the Community Preservation Corp. (CPC), a leading nonprofit multifamily finance company. She will work alongside CEO Rafael E. Cestero.

McKeown, who was recently executive vice president and head of construction lending and initiatives, is an industry leader and an expert in affordable housing, community development, and sustainable housing. She will lead the implementation of CPC’s strategic growth plan and the expansion of the company’s impact through its lending, equity, and impact investing activities, as well as overseeing its numerous initiatives. She will continue to work closely with John Cannon, president of CPC Mortgage Co., an agency lending subsidiary, to align all of CPC’s products and tools under the overall CPC brand.

McKeown has served at CPC for nearly three decades and has led the company’s construction lending activities, including the operation of its six regional field offices located throughout New York state. She also oversaw numerous CPC initiatives, including its innovative sustainability practice, the ACCESS fund to strengthen and support BIPOC developers and real estate entrepreneurs, its partnership with both New York state and city to administer storm recovery funding, and its recent partnership with the state in providing COVID relief funding to small multifamily building owners.