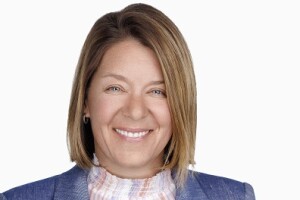 Shannon Cox Baker has joined Pennrose as regional vice president to lead the company’s development activities in Arizona, Colorado, and Utah, with a regional office in Boulder, Colorado.

Bringing more than 15 years of affordable and supportive housing development experience, Cox Baker will lead the execution and continued growth of Pennrose’s development footprint in the region. She is responsible for all aspects of the real estate development process from initial conception through construction to lease-up and stabilized occupancy or sale. She is developing 2700 Wewatta, a supportive housing development for homeless youth in Denver, in partnership with TGTHR, a Colorado-based nonprofit.

Prior to joining Pennrose, Cox Baker ran her own consultancy and development company, Rivet Development Partners. For more than a decade, she provided owner’s representation and project management services to for-profit, nonprofit, and housing authority LIHTC developers throughout Colorado. She also previously held positions with for-profit and public housing agencies.

Roth will lead the nonprofit’s real estate department, including a pipeline of more than 1,100 housing units spread across 13 properties.

Since joining EBALDC in 2016, Roth has overseen the development, acquisition, and rehabilitation of 558 affordable housing units and 20,000 square feet of community-serving commercial space, representing more than $300 million in asset value.

Prior to EBALDC, she was a project and asset manager for Terrex Development Corp., where she oversaw the development of 320 affordable housing units in Northern California and Minnesota with a total asset value of $120 million.

She will provide leadership and strategic direction to the real estate division, including overseeing policies, procedures, and investment decisions for real estate development, acquisitions, dispositions, financing, marketing, and partnership activities. She will also establish and maintain relationships with government agencies, community stakeholders, residents, vendors, financial partners, and various associations for the execution of DHA’s real estate investment strategic goals among other key responsibilities.

Clark brings more than 15 years of experience, most recently serving as vice president of master site development with Urban Land Conservancy in Denver. Earlier, she worked for two local law firms and served in city government in the planning and development department for the city of Pasadena, California.

Darnell Williams, an integral part of Eden Housing’s growth over the last four years, has been promoted to vice president of asset management. In addition to leading the asset management team through a period of strategic growth, Williams serves on the extended leadership team and heads many interdepartmental work groups and initiatives.

Susie Criscimagna has been promoted to senior director of development. Since joining Eden in 2013, she has managed the development of affordable housing communities for seniors, families, veterans, and people with disabilities throughout the San Francisco Bay Area. She provides training and supervision to department staff, managing projects in all stages of development, including project conceptualization and structuring, financing, and construction.

In her new role, Criscimagna will focus on updating processes and procedures to accommodate Eden Housing’s growth in this new role.

Kevin Leichner has been promoted to vice president of development, housing finance, and acquisitions. Since joining the team in 2014, he has revolutionized Eden Housing’s approach to portfolio rehab work, leading large teams focused on resyndication, new construction, and adaptive reuse. In his new role, Leichner will lead research and development efforts to identify new financing strategies, help strengthen relationships with financing partners, stay abreast of various regulatory shifts and policies, and lead efforts to purchase existing buildings and portfolios.

Prior to joining Eden Housing, Leichner worked at BRIDGE Housing, where he tackled portfolio and joint-venture acquisition-rehabilitation projects, including first-time tax credit syndications of formerly public housing units with the Sacramento and San Francisco housing authorities.

In another move, David Garcia, policy director at the University of California Berkeley’s Terner Center for Housing Innovation, and Candice Gonzalez, chief housing officer and managing director of Sand Hill Property Co., have been named to Eden Housing’s board of directors.

Beverly Burks has joined National Church Residences’ Atlanta office as the new regional director of philanthropy and public relations. In this position, Burks will oversee the nonprofit’s growth in the region and provide leadership to its philanthropy, communication, and community engagement.

Burks joins the organization with more than two decades of experience spanning community outreach and engagement; public affairs and media relations; nonprofit organization management; budget, grant, volunteer, and crisis management; and event planning and organization. She has served as an executive for community engagement for the Fulton-DeKalb Hospital Authority, owner of Grady Health System, the fifth largest safety net hospital in the nation. Burks also served as the executive director for the National Pan-Hellenic Council, based in Decatur, Georgia.

National Church Residences serves more than 42,000 seniors through its array of housing and health care services.

Michael Lear has become chief business development officer at The Community Development Trust (CDT), a national lender and investor in affordable communities.
Lear has been with CDT since 2011 with experience in both asset management and equity investment.

In his new expanded role, he will continue to manage all aspects of CDT’s core equityinvestment activities. He will be responsible for continuing to grow the equity business through new strategic initiatives and programs, identifying and executing new partnerships and structures to broaden the firm’s investments in affordable housing, and developing external relationships to support CDT’s growth.

The company has invested more than $2.5 billion across the United States and has over $2.3 billion in gross assets under management.

Andrew Lund has been named a vice president at Vesta Corp., a leading real estate firm specializing in the acquisition, development, and management of multifamily and senior affordable housing.

He will oversee the property management and repositioning strategy for a portfolio of assets in seven states and the District of Columbia. Lund will manage a diverse portfolio of more than 55 properties, including the $50 million redevelopment of the MLK Apartments in Hartford, Connecticut; the adaptive reuse of the J.H. Sessions Building, a former four-story hardware factory in Bristol, Connecticut, into workforce housing units; and the $89 million redevelopment of 800 Southern Avenue in Washington, D.C., in a joint venture with the Park South Residents Council.

Lund spent nearly 15 years at WinnResidential, most recently as division vice president, where he oversaw a multifamily portfolio of owned and managed properties in the Northeast and Mid-Atlantic, comprising over 4,000 units in Connecticut, Pennsylvania, and Rhode Island.

Matthew LoCurto has been named chief financial officer at JASA, a New York City-based organization providing critical services to more than 40,000 older adults annually. He will lead financial operations across JASA’s 2,000-plus employees and the 20-plus services they provide.

LoCurto recently worked at Met Council on Jewish Poverty, where he served as CFO, overseeing its finance, information technology, and corporate risk functions.

He brings three decades of executive leadership experience in the nonprofit, governmental, and for-profit sectors at organizations such as Goldman Sachs, the Rockefeller Foundation, City University of New York, the Metropolitan Transportation Authority, and the Structured Employment Economic Development Corp. At Goldman Sachs, he worked exclusively with the firm’s two signature charities—the Goldman Sachs Foundation and the Goldman Sachs Charitable Gift Fund.