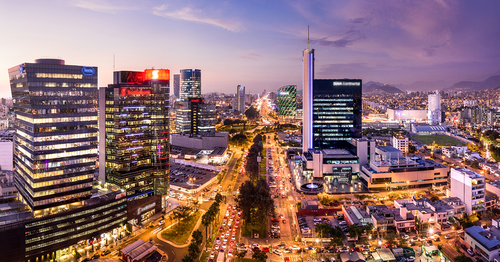 The Peruvian economy is set to rebound, but uncertainty muddies prospects.


Covid’s toll on Peru was worsened by a shortage of medical supplies, but BBVA Research predicts its economy will have grown 12.2% in 2021.

FDI dropped from $8.9 billion in 2019 to $3.1 billion in 2020. Hence, the government is investing in technology. Peru has 12 free trade agreements with 58 countries, most recently the United Kingdom. The country launched a tourism revival plan and boasted an inflation rate of 5.83% in the fourth quarter of 2021.

Peru generally offers strong protections for contractual rights and property, yet, Soto warns, the new government’s plans for nationalization are unclear: “No one is sure if they are going to do it or not.”

With five presidents since 2016, Peru’s politics are unstable. President Pedro Castillo and his Free Peru Party narrowly won the June election with 50.13% of the popular vote, but he faces an impeachment motion, that was only temporarily overshadowed by the 7.5 magnitude earthquake on November 28. A nation divided, argues Soto, struggles to enact innovative reforms.

“The program of the new administration was based on some bold moves, one of which is nationalizing—or at least intervening heavily in—the mining sector, one of the engines of the economy,” he explains. “So there is a lot of uncertainty there.”

The government also has ideas for land reform; but actual plans are unclear, resulting in uncertainty for the agricultural sector. Overall, the political system in Peru is very fragmented, with party loyalties focused more on leaders than on ideology or policy.

The inexperience of key players is another wild card. “The people in charge are not necessarily those who are capable of understanding politics and managing the government,” says Soto. “Several ministers changed in a short period, which led to the impression that there is little coherence in plans. [Castillo] doesn’t have the machinery to put together a coherent set of measures.”

Moreover, some mining operations reportedly have threatened to close due to environmental protests and the government not extending a few licenses for similar concerns.

Such factors, taken together, perhaps recommend a wait-and-see approach for now. As Soto points out: “It doesn’t cost anything to watch and wait.”