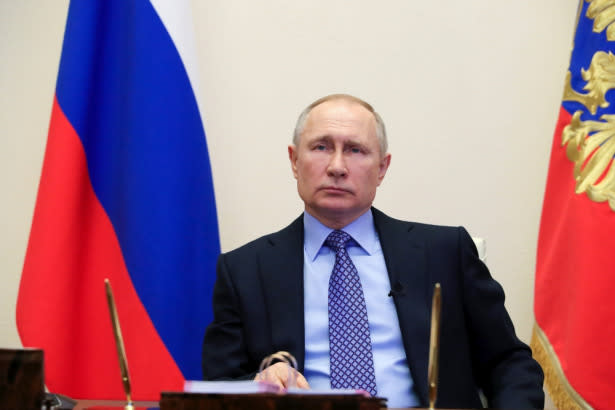 Russian President Vladimir Putin has a point to rethink the recent crypto ban proposed by the country’s central bank.

Speaking at a video conference with government ministers on Wednesday, he said that there are “competitive advantages” in crypto mining.

Given the surplus amount of electricity in Russia, coupled with “well-trained” mining professionals, he directed the Central Bank of Russia (CBR) not to neglect the advantages of Bitcoin mining.

He acknowledged “certain risks” associated with cryptocurrencies, given the high volatility and other components. But the potential of crypto mining hashrate in Russia, making it the third-largest country in the world for Bitcoin mining, has caught his eyes.

Additionally, he also asked the government and the central bank to come to “some kind of unanimous opinion” in the near future, on the use of cryptos.

Despite the central bank’s outright ban last week on cryptos, the president assured government officials that the bank was not preventing the country’s technological developments.

“The central bank does not stand in our way of technical progress and is making the necessary efforts to introduce the latest technologies in this area of ​​activity,”

Russia is home to 11.2% of Bitcoin’s global mining hashrate, with over $5 billion worth of crypto transactions conducted every year, according to a Central Bank report.

The biggest attraction for such a progression is cheap energy, mainly electricity. Global Petrol Prices data showed that the price of electricity in Russia last year was $0.059 per kilowatt-hour for household use and $0.087 for businesses.

This abundance of electricity resources at a much lesser price has made the central bank recognize the flip side of crypto mining growing crazy in the country.

The crypto ban however was taken to enforce tighter regulations on digital assets, which has triggered many Russian miners to push to the West. Miners, many of whom are using natural gas and coal, now have a reason to stay back in the country hoping for positive announcements.

The crypto ban last week followed numerous criticisms and opinions from crypto players in Russia and across the globe.

“Regulation is sufficient to protect our citizens,” Ivan Chebeskov, the head of the financial policy department at the ministry said in a crypto conference on Tuesday.

He revealed that the Finance Ministry has prepared a set of possible crypto regulations and is waiting for the government’s assessment and approval.

The Chairman of the State Duma Committee on Industry and Trade, Vladimir Gutenev suggested Monday that mining operations in the country can continue “legally” with strict regulation in place.

He also suggested the possibility of a Gold Ruble, a stablecoin controlled by the state government.

The recent positive signal from Putin will definitely have the potential to resurface mining operations in the country with necessary regulations and controls.

This article was originally posted on FX Empire