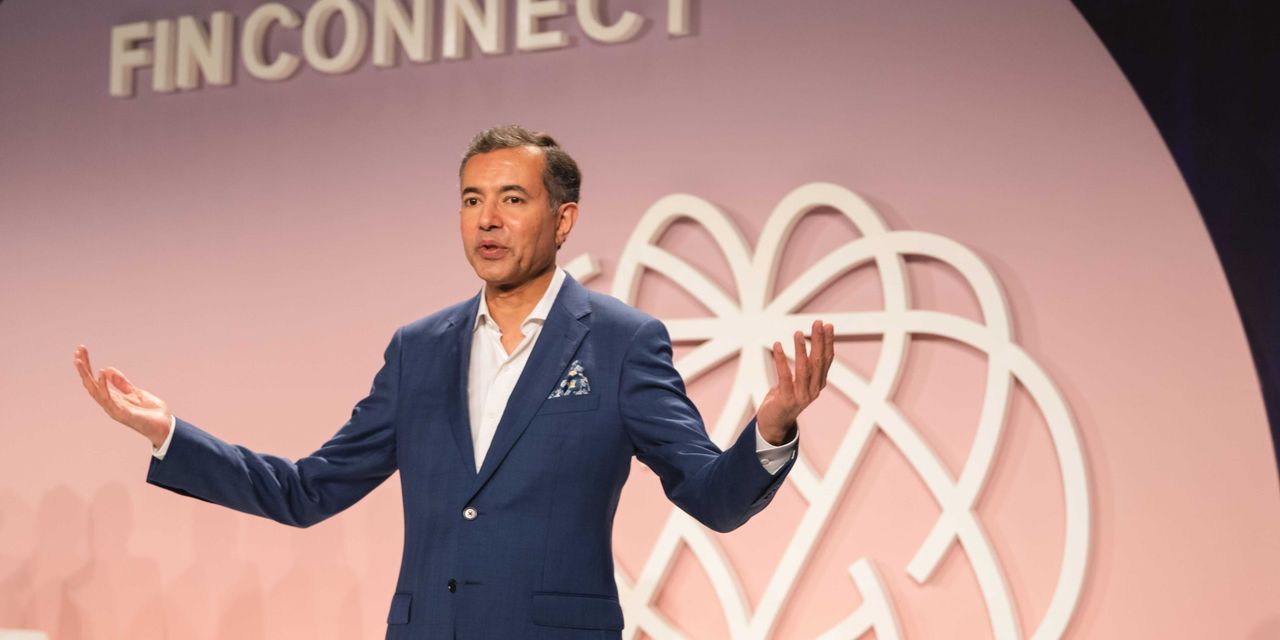 Vision Fund has poured billions of dollars into into startups and later-stage companies. After recovering last year from losses related to the coronavirus pandemic, the fund suffered in recent months after Chinese regulators cracked down on a range of consumer-facing businesses that hurt SoftBank’s investments in companies such as ride hailing company

The fund—via its Fund I and Fund II—holds stakes in about 250 companies.

the CFO of the Vision Fund, this week invited the finance chiefs of some portfolio companies to California. Edited excerpts follow.

WSJ: You are hosting a summit for the CFOs of your portfolio companies. Why?

Mr. Govil: For us, it’s very simple. We’ve invested in these companies. We want them to be successful. There’s all kinds of things [CFOs] can talk about: Which general ledger system are you using? What would a roadshow look like? What kind of controls do you need to have in place prior to going public? They can have those types of candid conversations.

WSJ: Your portfolio companies are going public at a rapid pace, many of them through traditional initial public offerings or via mergers with special-purpose acquisition companies. Indian payments firm Paytm listed this week, with shares falling more than 20% on the first day of trading. Is that a problem?

Mr. Govil: The stock’s down, but we got in much, much earlier, at a lower valuation. We invested in them three or four years ago, so it’s OK. The valuations [in the Indian market] are very constructive.

WSJ: Grab Holdings Inc., the ride-hailing, food-delivery and digital-wallet group, is still working on the $40 billion SPAC-merger it announced this spring after it discovered that certain financial documents were missing.

Mr. Govil: It’s going to be before the end of this calendar year. It’s a lot of this [Securities and Exchange Commission] stuff, having to revise the financials, which is all good. A lot of SPAC [combinations] that would have been earlier are happening now or will happen a little later.

WSJ: Does the SEC’s increased scrutiny of warrants have an impact on your investments?

Mr. Govil: We have three SPACs out there and two have no warrants. We’re not here to make money through warrants. We have already committed capital in those SPACs and it’s going to be locked up for either a year or two years. We’re long term investors. The first fund is 12 to 14 years. Our second fund has 15 years left. If you look at any of our investments in companies that have gone public, we haven’t totally exited them. We will let the company go public, you have a lockup period and then we monetize over time.

WSJ: Does SoftBank have a preference on how its portfolio companies go public?

Mr. Govil: We don’t care whether they want to SPAC, do a direct listing or IPO, whenever the time is ready.

WSJ: You invested $14 billion in 67 companies in the past quarter. Do you see this pace continuing?

Mr. Govil: For [Vision] Fund II, our average investment size is $100 million to $200 million. The idea is to come in early, when these companies have a proven business model. They have real revenues, are growing and they’re either profitable or they have a path to profitability. We feel this is a comfortable pace, maybe a little up and down. Instead of 67, maybe it’s 50 or 70 for a quarter and instead of $14 billion, it’s $8 billion to $10 billion.

WSJ: How convinced are you that these 67 investments will bear fruit?

Mr. Govil: Not all of these companies are going to be

[a food delivery company that surged in value when it went public]. A lot of them are going to fail. That’s OK, because it wasn’t a multibillion-dollar investment that you’ve lost. It gives us the opportunity to come in early and [for] the ones that do well, we can then double down.

WSJ: Valuations are high right now. Do you see the risk of a market correction?

Mr. Govil: We are long term investors. Yes, we could be in a bubble. There could be significant market corrections.

WSJ: How about China? Your Chinese investments tanked in the most recent quarter. What does that mean for future investments?

Mr. Govil: We have to let the regulatory environment settle down. If you look at what has happened recently, whether it is edtech or even Didi, [there is] sensitivity [around] consumer data. So for now, we are staying away from some of those types of companies.

WSJ: For how long?

WSJ: Do you see growing competition for investments in private companies, from Tiger Global and other crossover investors?

Mr. Govil: It’s great to see these others are now coming in. We think it’s a validation of our investing thesis.

WSJ: Does the competition from other investors impact your due diligence?

WSJ: You have lost billions of dollars in the past quarter.

Mr. Govil: When you have a $70 billion public position, there’s going to be volatility. Last quarter, we were down by $9 billion. Any quarter, we can be up $5 billion to $10 billion or down $5 billion to $10 billion. On a cumulative basis, we’re doing well. We’re continuing to return more and more capital. We’re selling down our public positions in a very disciplined way.[With] Didi, we’re currently in a lockup period, but we believe there’s significant intrinsic value there. We’re not going to sell at these levels.

WSJ: Some investors remain concerned about your performance.

Mr. Govil: Three years ago, people used to criticize us. “We don’t know what’s happening in the Vision Fund. It’s a black box.” Today, if you look at our total portfolio for Fund I, 54% is either public or has been exited, and a year ago, only 28% of the portfolio was public or exited. So that’s good for investors.

WSJ: How do you view investments in crypto companies, given that there is uncertainty around what future regulation could look like?

We believe crypto is here to stay. We don’t know who the winners are going to be and what the [regulations] will be. It’s hard to value a cryptocurrency. We don’t have a financial model that says, this is the right value for crypto. But we believe that infrastructure is important. So we’re investing in companies that are providing the infrastructure for crypto.

WSJ: You mentioned the Vision Fund II, which is funded solely by SoftBank. Do you expect external investors will join over time?

Mr. Govil: Others have expressed interest, but at this point, SoftBank has enough capital. There’s no pressure to raise capital from the outside. When you have two funds and so many companies going public, you’re getting to a point where you can effectively recycle.

WSJ: Coming back to regulation, what are your views on the pending acquisition of British chip-designer Arm by

? What happens if the deal doesn’t go through?