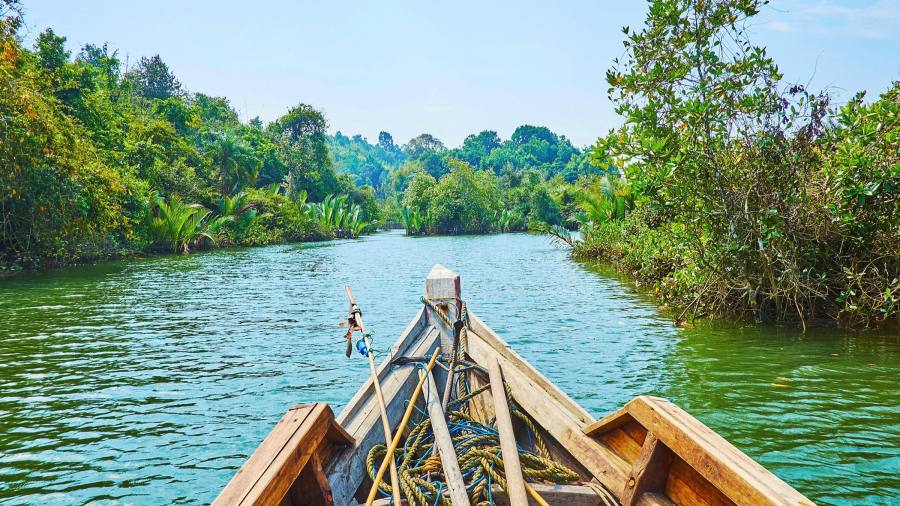 When a prospective buyer approached a group that restores Myanmar’s endangered mangroves about purchasing the credits used by companies to offset their carbon emissions, they were told the tokens had sold out.

The carbon credits could be bought via a reseller but at a big mark-up — $30 each compared with $15 quoted by Worldview International Foundation, the conservationist. The price was almost three times what the reseller agreed to pay WIF for the credits in the first place.

Carbon credits have exploded in the past 18 months, as corporate buyers have looked to burnish their environmental credentials. Mark Carney, UN climate envoy, told the recent COP26 summit that offset schemes could result in “$150bn going to . . . the world’s emerging and developing economies”.

But the market is opaque and unregulated, with resellers in the form of middlemen brokers accused of cashing in at the expense of environmental causes.

“Offset projects are usually touted as having both emissions reductions and development benefits for poorer communities,” said Kamal Kapadia, co-founder of Terra.do, a climate educator. “But if we can’t trace who the money is actually going to and how much is getting siphoned off along the way, the development and poverty alleviation claims seem suspect.”

Each credit represents a tonne of carbon permanently avoided or removed from the atmosphere. The idea, which took hold in the early 2000s, is that the cash generated goes into climate projects, often in the developing world.

Laura Martin, professor at the Williams College Center for Environmental Studies, said there was “shockingly little data” about how the estimated $1bn that went into carbon offsets last year was spent.

As brokers were “working to make the process ‘frictionless’”, buyers were “unlikely to question where that money goes . . . [and] how it’s spent”, she said, adding: “Who benefits financially from carbon offsetting?”

There is nothing illegal in what the brokers are doing. They insist they are important for connecting buyers with sellers, who may have no marketing experience. Others say they help get offset projects off the ground — which can be an expensive and lengthy process — by offering financing and expertise.

Mike Korchinsky, founder of Wildlife Works, a forest project developer, agreed brokers were important, particularly in the early days when demand was limited and prices were low. “It was about trying to attract a reseller that could make your project attractive,” he said.

But some developers question whether the brokers offer value for money. One east Africa-based developer said some brokers applied big mark-ups for “not a lot of value”, describing the middlemen as “absolutely extractive”.

Andrew Dreaneen, head of alternatives at asset manager Schroders, said the amounts of money that went to developers was “completely non-standardised”. Information on where the cash went was “difficult to get . . . there’s a need for increased transparency”.

Typically, developers either get a percentage of the price the broker sells the credits for, or a fixed amount per credit regardless of the sale price.

EcoAct, a climate consultancy and intermediary, told a prospective buyer that “typically 85-95 per cent” of the money paid for credits “goes to the project owner”, according to emails provided to the Financial Times by Unearthed, a Greenpeace-affiliated publication, and Source Material, a non-profit investigative group.

EcoAct offered the prospective buyer carbon offsets from forestry projects in Peru, Brazil, Kenya and the UK for £15 to £25 each. But Michael Greene, who developed the Brazilian project, said he had sold the credits to EcoAct the year before for a fixed price of $2.75 each.

EcoAct said these figures were “misleading” and “the suggestion of large and unfair margins at the expense of project developers is false. Factors influencing price, market dynamics and services provided should also be taken into account,” the company said.

Myclimate, the non-profit reseller in the WIF example, said it took a risk by agreeing in 2018 to an upfront and fixed price for the credits. Its higher sale price, from 2020, covered marketing and administrative expenses, and factored in the potential cost of having to source alternatives in the event of problems, it said.

The group pointed out that 80 per cent of the revenues it received from credit sales went into a fund used to buy offsets and help develop projects.

South Pole, another broker, also has a fund designed to support new projects. Renat Heuberger, co-founder, said his group was better able to support projects than direct investors, who would demand higher returns. South Pole said it typically retained 10 to 20 per cent of the credit sale price.

Market participants generally agree on the utility of brokers, or at least some sort of carbon credit exchange. But they say more transparency is needed to help redress the imbalance of power between developers and brokers.

A handful of resellers such as Cool Effect have opted to publish details of the cuts they take on deals, while some developers, emboldened by rising prices, have begun demanding better terms.

Jo Anderson, director of developer Carbon Tanzania, said it was imperative that communities were “fairly compensated for the work they do to protect our global ecosystems”. He added: “Transparency is enormously important for carbon finance to work effectively.”

Are you curious about the FT’s environmental sustainability commitments? Find out more about our science-based targets here