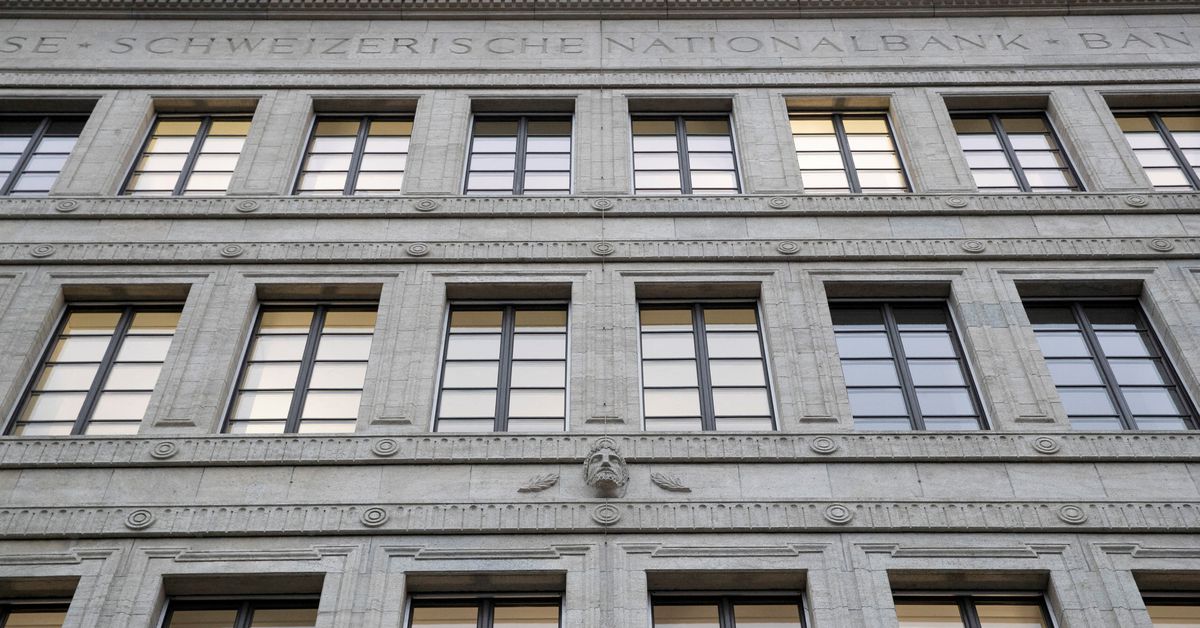 A general view of the building of the Swiss National Bank (SNB) in Zurich, Switzerland December 16, 2021. REUTERS/Arnd Wiegmann

Central banks across the world have stepped up work on CBDCs, in part to make existing payment systems more efficient and to counter the challenge from cryptocurrencies, with research focusing on versions for both wholesale or retail use.

Under Helvetia, named after the symbol for Switzerland, the SNB integrated CBDCs into payment systems and used them in simulated transactions in the experiment which involved UBS (UBSG.S), Credit Suisse (CSGN.S) Goldman Sachs (GS.N) Citigroup (C.N) and Hypothekarbank Lenzburg .

The scheme showed it was possible to instantaneously execute payments, which ranged in size from 100,000 to 5 million Swiss francs ($109,469 to $5.47 million), eliminating counter-party risk.

“We have demonstrated that innovation can be harnessed to preserve the best elements of the current financial system, including settlement in central bank money, while also potentially unlocking new benefits,” said Benoit Coeuré, head of the Bank for International Settlements (BIS) Innovation Hub, which also took part in the experiment.

It involved the issuance and redemption of wholesale CBDCs as well as using them for payments and for the settlement of securities purchases in Switzerland as well as cross-border transactions.

It followed earlier experiments by the SNB, BIS and SIX into the use of digital currencies. read more

While retail CBDCs would be used by households and businesses for everyday transactions, wholesale versions could be used to make large-scale payments between banks or other entities with central bank accounts.

A CBDC could be programmed with instructions to deliver the security instantly upon receipt of digital cash.

While central banks in Hong Kong, Thailand and the United Arab Emirates, as well as Singapore, have looked at using CBDCs for wholesale cross-border payments, few have examined in detail how a CBDC would be integrated with commercial lenders.

The group involved in Helvetia will now assess the results before deciding on next steps.