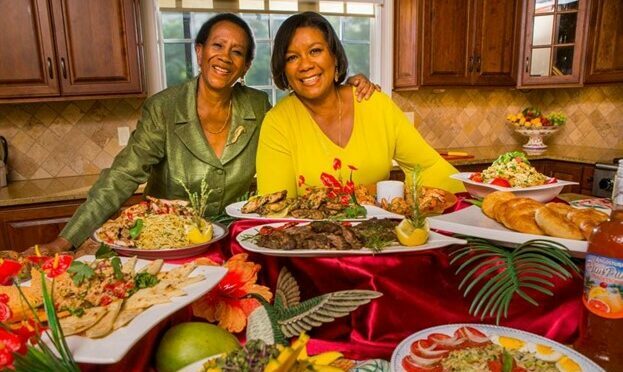 After getting a big taste of corporate America, including taking on Board seat roles, Debra Sandler decided to shift to entrepreneurship.

The founder and CEO of Mavis Foods, Sandler and her daughter  Kiah created a family legacy through a family recipe, Bazodee Caribbean sauces, according to Forbes. What began as her aunt Mavis’ passion evolved into offering a taste of the island into kitchens nationwide.

The products are sold on the website, via Amazon and shipped across the United States.

Sandler plans to expand into Canada next year based on a November 2020 article by Cuisine Noir.

The business also is Sandler’s shot at creating generational wealth for her and her family.

Those firms make up 80% to 90% of all business enterprises in North America, the Family Business Alliance reports. They too offer growing opportunities as 24% of family businesses have a female CEO or president. To boot, over 31% of businesses indicate that their next successor will be a woman.

For Sandler, those sentiments hold true as she plunges into the potentially thriving, as well as possibly challenging, entrepreneurial space. She is making a huge shift to small business owner after running a multi-billion dollar business and overseeing thousands of workers.

“My role as a single mother is to make sure that I am building generational wealth,” Sandler shared.

“We don’t always have it in black families. I was a good earner, but especially as you get older, you start thinking about, ‘how do I set this thing up that all that I’ve earned long after I’m gone my great, great-grandchildren are benefiting in some way?”

Before becoming an entrepreneur.  Sandler was a marketing vice president at PepsiCo., where she worked for 13 years. After that, she worked at Johnson & Johnson to launch Splenda. She helped create a new consumer unit at the conglomerate focusing on nutrition, moving from vice president to president. After spending a decade at Johnson & Johnson, she moved to Mars. Once she left corporate America after being chief health and wellbeing officer at Mars, she landed her first board governance role.

“That was always in my plan that I would do that,” she smiles. “I’m a planner, and slowly but surely, I built my board practice from my first board work in 2015 to now sitting on four corporate boards and one private board,” Sandler stated.

Now, Sandler focuses on these essential steps as she emerges as an entrepreneur per Forbes:

“This takes courage,” Sandler told Forbes. “If you don’t take that first step, it will never happen. I know so many people who have great ideas but are afraid to act on them. Don’t get me wrong. There’s a certain amount of fear that is required. You have to be realistic. It’s not easy, but it’s so rewarding to go for something that you’re really passionate about. There is a pain in wanting and yearning for something that you never go for. I would say take that first step. Even if it’s a little baby step, take the first step.”