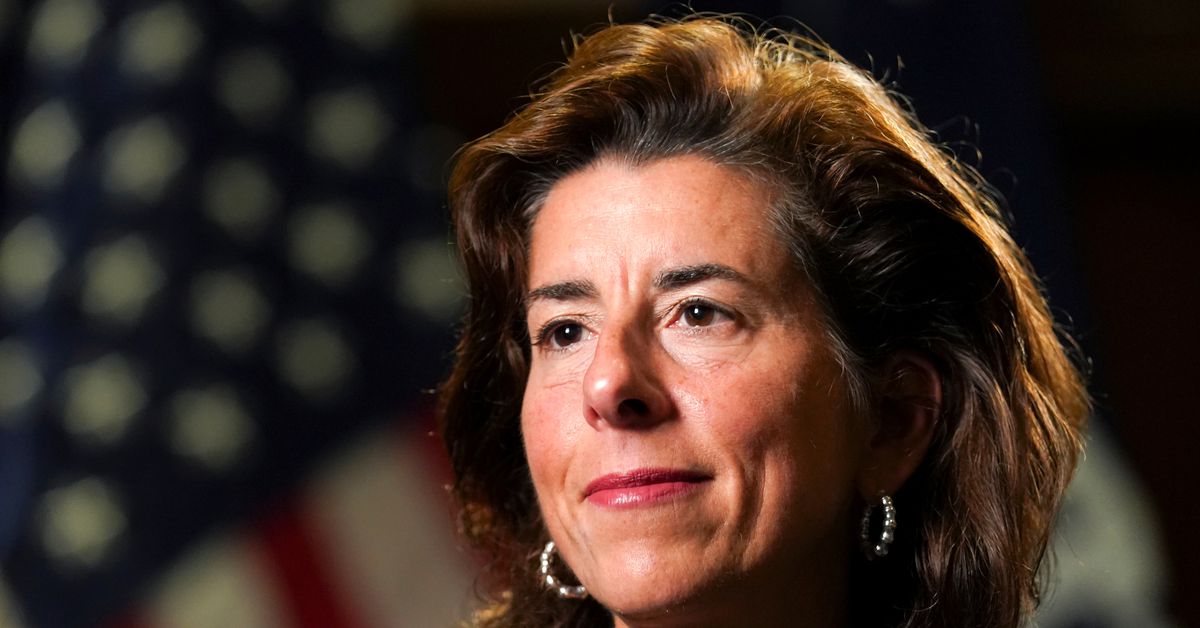 U.S. Commerce Secretary Gina Raimondo listens to a question during an interview with Reuters at the Department of Commerce in Washington U.S., September 23, 2021. REUTERS/Kevin Lamarque

WASHINGTON, Sept 28 (Reuters) – U.S. Commerce Secretary Gina Raimondo plans to outline her vision for U.S. investment in its domestic economy and doing more to compete with China, in a speech on Tuesday.

“For America to compete globally, we must invest domestically − in American workers, American businesses, and American innovation,” Raimondo will say at the Washington Economic Club, according to excerpts from the speech.

Congress is considering awarding the Department of Commerce tens of billions of dollars to extend broadband services to areas lacking high-speed internet and $52 billion to boost U.S. semiconductor chip production.

Raimondo’s prepared excerpts say she will argue China’s R&D spending requires a response: “We must expand R&D investments and move innovations from the lab to the marketplace at 21st century speed.”

In a roundtable media interview Friday, Raimondo singled out China, saying it was dumping cheap steal and aluminum and not living up to a 2020 trade agreement to buy U.S. products.

She said tariffs on steel and aluminum imposed by the Trump administration “worked” to increase U.S. production but said the national security tariffs imposed on allies was not “necessarily the right way to go…It was really irritating to Europeans and now we’ve got to, like, clean that up… The enemy of course isn’t Europeans. The enemy is excess supply of cheap steel being dumped by China into Europe.”

EU trade chief Valdis Dombrovskis said on Monday he was “moderately optimistic” that the U.S. and European Union could resolve their dispute over steel and aluminum tariffs.

In June, President Joe Biden withdrew executive orders issued by former President Donald Trump that unsuccessfully sought to ban new downloads of WeChat, TikTok and other Chinese-owned apps and directed the Commerce Department to make recommendations by early October on how to protect U.S. data accessible by companies controlled by foreign adversaries.

Raimondo said “we’re in the middle of the TikTok review” and added she was limited about what she could say.

She said the Biden administration is “very serious about protecting Americans’ data” and is working with allies. “That’s really hard work,” Raimondo said. “Doing some executive order that’s meaningless on TikTok is not the way to do it.”