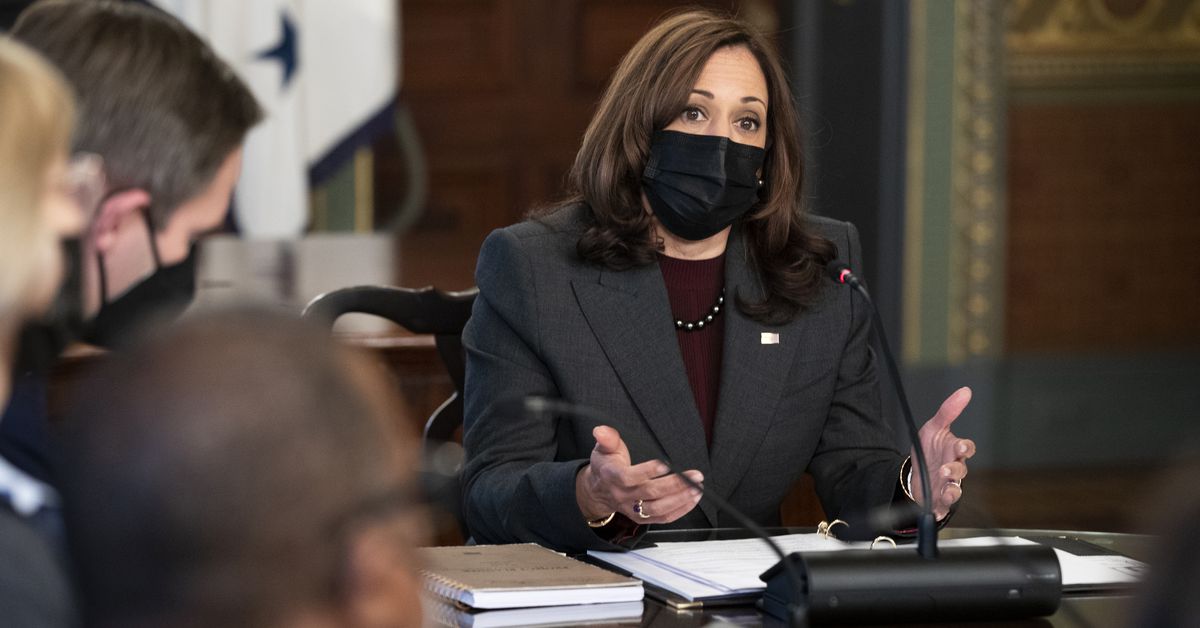 The Biden administration announced another round of private investment in Guatemala, Honduras, and El Salvador earlier this month.

It’s a significant step in addressing the lack of economic opportunity that is a factor driving people to migrate from the region to the US border, where they make up about 40 percent of migrants encountered by immigration authorities. But results won’t be immediate, and there’s a chance they won’t help as much as the US hopes.

As part of a partnership with the US government, American companies pledged to inject $750 million in the three countries, which are collectively known as Central America’s Northern Triangle. These latest commitments, part of a Biden administration effort launched in May, bring the partnership’s total investments to more than $1.2 billion over a multi-year horizon. Those funds will go towards supporting entrepreneurs and coffee farmers; creating new manufacturing jobs; making Northern Triangle economies more resilient to climate change; and giving millions access to the digital economy and the internet.

Though a lack of foreign investment is far from the only factor pushing people to make the journey to the US border, the Biden administration hopes that improving economic conditions will keep people in the Northern Triangle by contributing to overall stability in the region, which has long suffered from persistent corruption, weak government institutions, and high levels of violent crime.

US immigration authorities encountered about 700,000 people from the Northern Triangle at the southern border over the last fiscal year, up from about 623,000 in 2019. The administration hopes that increased stability might discourage people from making the perilous journey north in the first place as a key step in managing the border.

The US’s latest investments aim to address economic hardship in the region in three ways: By bringing more workers into the formal economy, by setting higher wage and labor standards, and by using corporate influence to fight corruption.

That won’t happen overnight. But there is reason to hope that US companies could meaningfully improve living conditions over time and give people a reason to stay.

US investment can have a positive influence on domestic industry

The potential impact of the new private sector investment goes beyond the specific economic challenges it seeks to address. It also hopes to lay a foundation that will incentivize long-term foreign investment.

The region needs sustained investment before its residents will see any meaningful improvement in quality of life that might dissuade them from making the choice to migrate. In the past, US government aid has proved an unreliable source of that kind of investment. Former President Donald Trump decided to slash US aid to the region by a third, turning the clock back on the Obama administration’s efforts. Honduras saw homicides surge thereafter, and funding for social welfare programs ranging from job training for at-risk youths to grants for women entrepreneurs was cut.

The Biden administration hopes that because private companies are behind these latest investments, profit might motivate them to continue investing in the region, regardless of how US policy evolves, creating a more reliable stream of funding for Northern Triangle residents. The danger of this approach, of course, is that these companies could also suddenly pull their investments if they’re found to hurt the bottom line.

Some of the companies partnering with the US government, including PepsiCo and Cargill, already have a longstanding presence in the region, which suggests that they see growth potential. Other companies have latched on to the opportunity to source new products, such as Honduran and Salvadoran coffee for Nespresso, or to bolster their supply chains, as is the case with Parkdale Mills’s new yarn spinning factory in Honduras.

For the companies, success is largely about profit; for the countries they’ll be investing in, it’s about improving their citizens’ economic situation. If all goes well, those two factors won’t be in tension. If it doesn’t, future foreign investment could dry up, along with economic opportunities for the people of the Northern Triangle.

If the investments succeed, they won’t just change individual economic fortunes, but could have a positive impact on the greater social safety net. In theory, that could lessen people’s need to leave and go north.

At the moment, governments in the region have so far been unable to provide a significant social safety net because they haven’t had the money to do so. In part, that’s because countries in the Northern Triangle have among the lowest effective tax rates in the world. Workers with informal jobs don’t typically pay taxes and local corporations often try to evade them.

Guatemala’s 2019 tax revenue, for instance, was just 13.1 percent of its GDP — the lowest among Latin America and Caribbean countries, which brought in nearly 23 percent of their GDP on average. For comparison, taxation brings in an average of about a third of GDP across high-income countries that are members of the Organisation for Economic Co-operation and Development (OECD).

In Honduras, that has resulted in a sparse welfare system. There are no government-provided unemployment benefits. Though it has a social security program, only formal workers can pay into it and benefit from it. Public health care services are for the most part only available in large cities, leaving people in rural areas without access to physicians. That lack of support, coupled with pervasive violence and corruption, has left many migrants with no choice but to seek safety and opportunity elsewhere.

Private investment isn’t a perfect solution for this problem. US companies might try to get out of paying their fair share of taxes. And they have also perpetuated exploitative business practices in the region at times: for example, preventing workplaces from unionizing by simply taking their business to another country to assure themselves cheap labor.

But they are also subject to US law, which requires them to pay local taxes, and to International Labor Organization standards for multinational companies. Those include prohibitions on slavery, child labor, and discrimination against women and requirements to maintain the high health and safety standards and provide stable employment, among other protections for workers. US companies also typically pay above-market wages and have to answer to American consumers, who demand a certain level of corporate responsibility.

Given the standards to which US companies are held, domestic industries may face pressure to compete for workers by raising their own wages and improving working conditions.

“By leaning on US multinational companies, it helps formalize the labor market in ways that create jobs and protect rights and boost sustainability. In the long run, that will help generate the kind of hope that prevents people from making the decision to pick up and migrate,” said Paul Angelo, a Latin American studies fellow at the Council on Foreign Relations who previously worked at the US embassy in Honduras.

Corruption remains a major obstacle, but Honduras could be ripe for change

Corruption has historically been a deterrent to private investment across the region, and in Honduras in particular. For instance, Juan Orlando Hernández, the current president of Honduras, has not only admitted to stealing funds from the country’s public health system to finance his first presidential campaign, but also has been named as a co-conspirator in his brother’s drug crimes by US prosecutors. He remains under investigation by the Department of Justice. And his policies have protected the interests of economic elites, many of whom bribe politicians to enable illicit and anti-competitive business practices.

But the tide might be turning in Honduras, which recently elected Xiomara Castro, a member of the leftist Libre party, as its first female president. Castro is the wife of the former Honduran president Manuel Zelaya, who was ousted in a 2009 coup d’état orchestrated by Hernández’s National Party with the backing of the Obama administration.

She has vowed to institute an anti-corruption commission backed by the United Nations similar one that was shut down in Guatemala in 2019. And she has promised a “new economic model” that would reduce inequality and the cost of living, though has offered few specifics on how she would implement it. It’s not clear whether bringing in more foreign investment is part of that plan.

For the US, Castro’s election poses new opportunities for cooperation on anti-corruption measures and growing Honduras’s economy. Vice President Kamala Harris (who is the Biden official in charge of reducing Northern Triangle immigration) didn’t communicate directly with Hernández. But she has already spoken with Castro, and US officials have indicated that they are eager to work with the new president-elect on those issues.

“I think the Biden administration rightly sees this as an opportunity, but it is not an opportunity without potential pitfalls,” Angelo said.

It’s still not clear how reliable of a partner Castro might be. Though she won a legitimate election with high levels of voter participation, Castro will be under pressure to moderate her positions once she takes office in January 2022. In a speech late last month, she said that she would “form a government of reconciliation,” suggesting that she is planning to make concessions to more conservative opposition parties to help the Libre party gain a majority coalition in the Honduran Congress. That could force her to temper her anti-corruption agenda.

And the other Northern Triangle countries provide examples of how good faith anti-corruption efforts can falter. Guatemala’s then-President Jimmy Morales shut down a UN-backed anti-corruption commission in 2019 that had successfully prosecuted top government officials, and his successor Alejandro Giammattei fired the country’s top anti-corruption prosecutor earlier this year, spurring mass protests. Salvadoran President Nayib Bukele, who has developed a reputation as a “millennial dictator,” withdrew from an agreement with the Organization of American States to create a similar anti-corruption commission.

So long as those corruption challenges persist, foreign investors might not see the Northern Triangle as a smart bet. But the arrival of US companies could help change that calculus.